Robins ease into next round of FA Cup 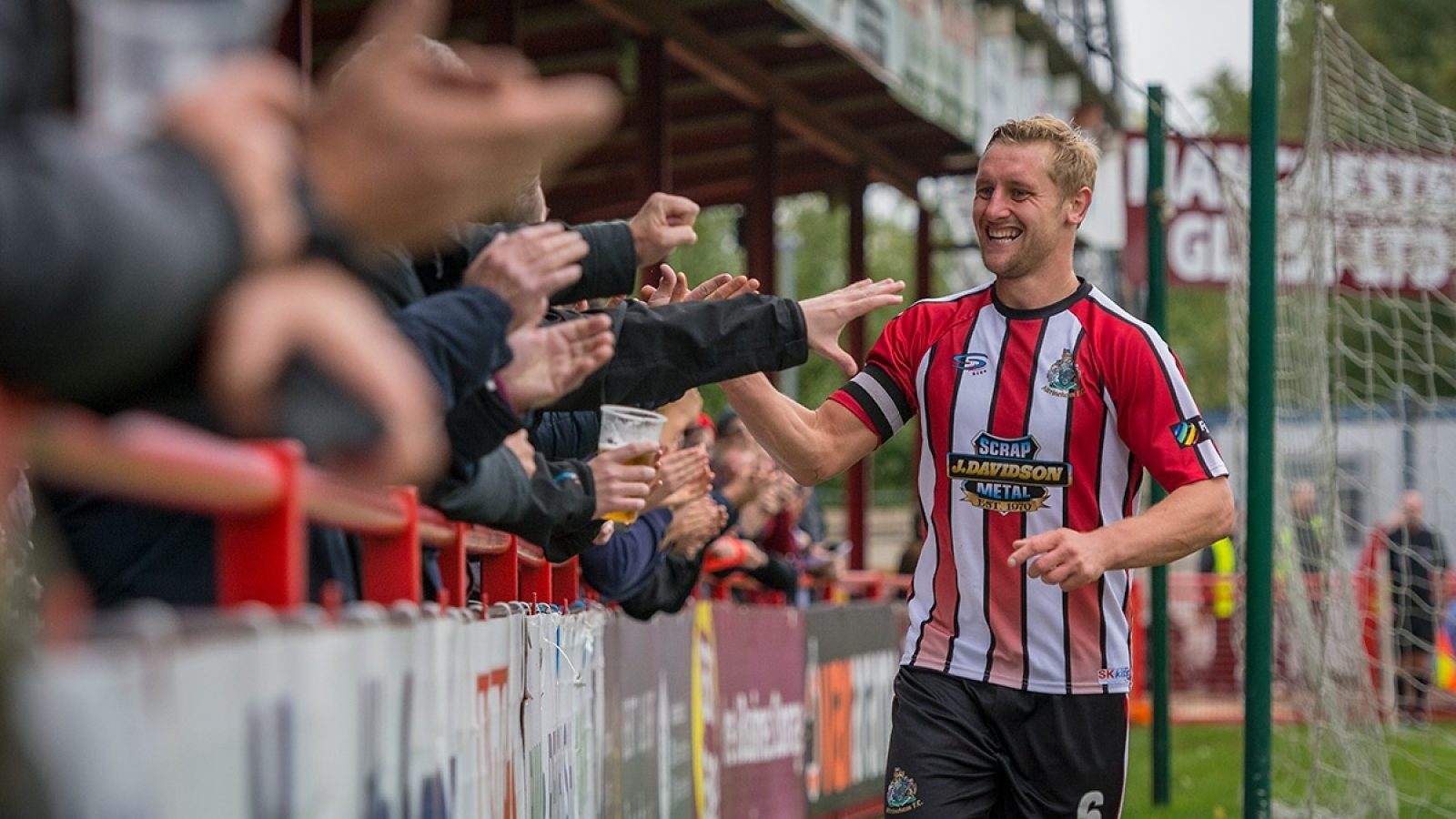 Altrincham marched into the third qualifying round of the Emirates FA Cup after a convincing 5-0 victory against Whitley Bay in the first ever meeting between the two sides.

The opening moments of the game saw both sides attempt to impose their styles of play on the game and the slick Moss Lane turf was perfect for Altrincham's quick passing. After plenty of rain in the build up to this match, the pitch drained well and suited Alty’s free flowing football.

The first chance of the game from an Altrincham perspective came just before the ten-minute mark. Jordan Hulme crossed for Josh Hancock but the ball managed to hit Hancock's heel before the Whitley Bay goalkeeper Thomas Flynn secured the ball.

Just minutes before the half hour mark however, Alty were ahead thanks to yet another Jordan Hulme goal. The number nine, who was back in the starting line-up after an eye problem, was slipped through on goal by skipper Jake Moult, and he coolly slotted the ball past Flynn in goal as the Robins took the lead.

Six minutes later Hulme and Flynn were battling again as Hulme's first strike was saved by the chest of Thomas Flynn and the former Salford striker’s second shot flew wide of the goal as Alty looked increasingly threatening.

Five minutes from the end of the first half, the visitors were down to ten men after Max Harrop was brought down by Ibrahim Hassan, who was dismissed by the referee having being last man.

Moments before the break Altrincham were given the perfect opportunity to double their lead as Hulme was wiped out in the box by Flynn. John Johnston stepped up but his effort hit the post so it was just the one goal advantage Alty had going into the half-time break.

Ten minutes into the second half, Altrincham grabbed their second through captain Jake Moult. The ball was well worked down the left side and as Moult flicked the ball to Hulme, the striker laid it back to his captain who lashed a left-footed effort home.

25 minutes from time and it was Jake Moult causing trouble in advanced areas once again as his header from a corner hit the bar and central defender Tom Hannigan poked the ball home.

As Phil Parkinson rang the changes to rotate his pack, those players coming off the bench were eager to impress. Tom Peers was highly motivated to impress and took full advantage of the space afforded to him as he scored a late double.

Peers' first came after finishing off a beautiful move with a finish at the back-post following Jordan Hulme’s pull-back from the touchline. Five minutes from time, he added another and rounded off the scoring as he ran on to Max Harrop’s pass and produced a sublime chip over the head of a helpless Thomas Flynn.

It capped off an excellent all-round display for the Robins who moved comfortably into the next round and they now await Monday’s draw.