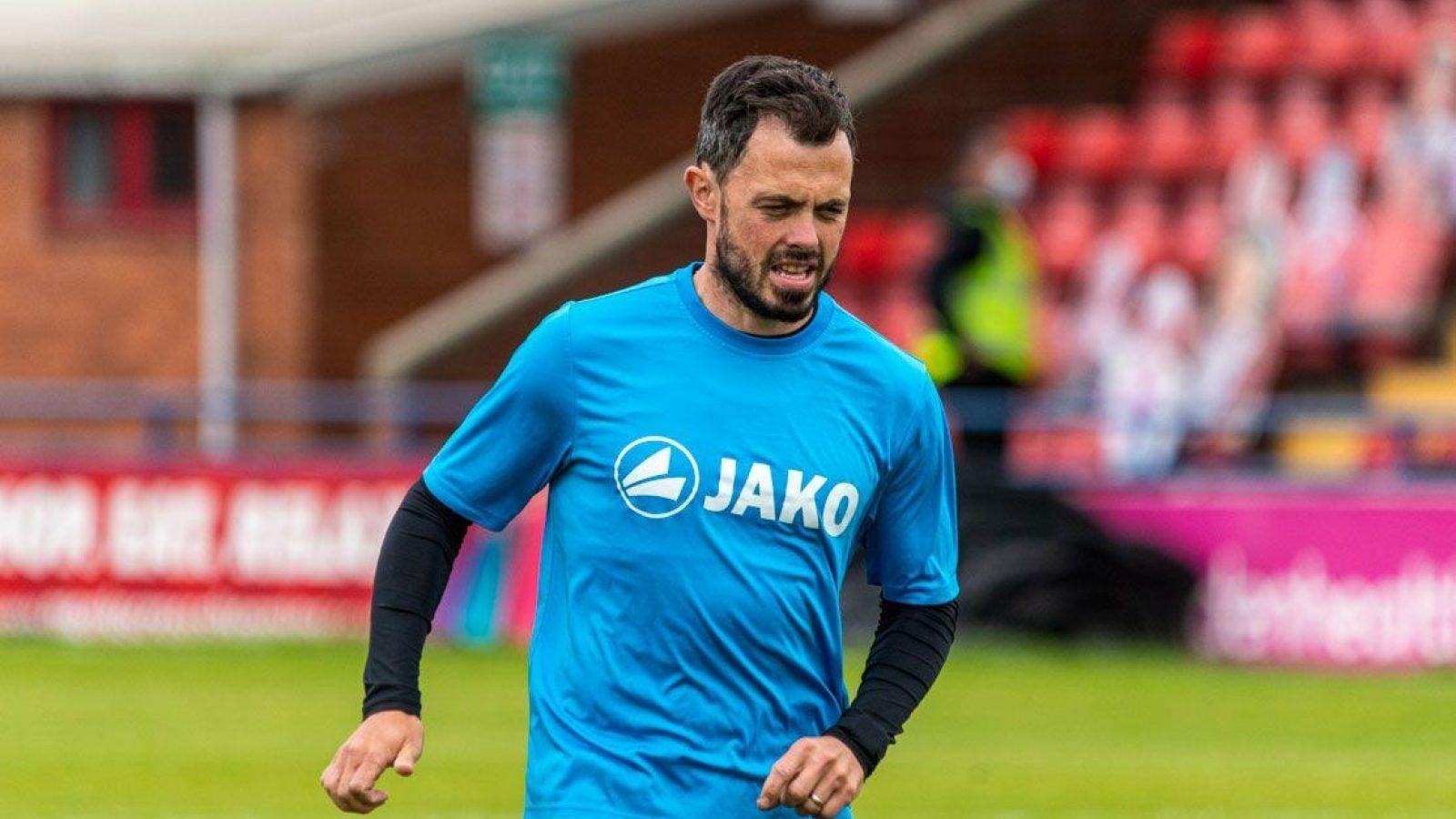 *Top Mahon ... Craig Mahon limbers up before Alty's play-off semi-final win at York, where he went on as substitute near the end. Picture by Michael Ripley.

Craig Mahon and Lewis Walters have both been released by Altrincham, as manager Phil Parkinson continues to shape his squad in readiness for next season's return to the Vanarama National League.

Dublin-born Craig, a 31-year old winger, arrived at The J.Davidson Stadium in January as part of the deal that took John Johnston to Chester and made 11 appearances for Alty, including six in the starting line-up.

Former AFC Fylde winger Lewis, 25, made his Alty debut in a pre-season friendly at Atherton Colleries just over a year ago and scored in the following game against Blackpool. But after featuring in the early stages of last season, he found opportunities hard to come by and had loan spells at Buxton, Ashton United and Trafford.

Everyone at Alty thanks both players for their contributions and wishes them every success in their future careers.