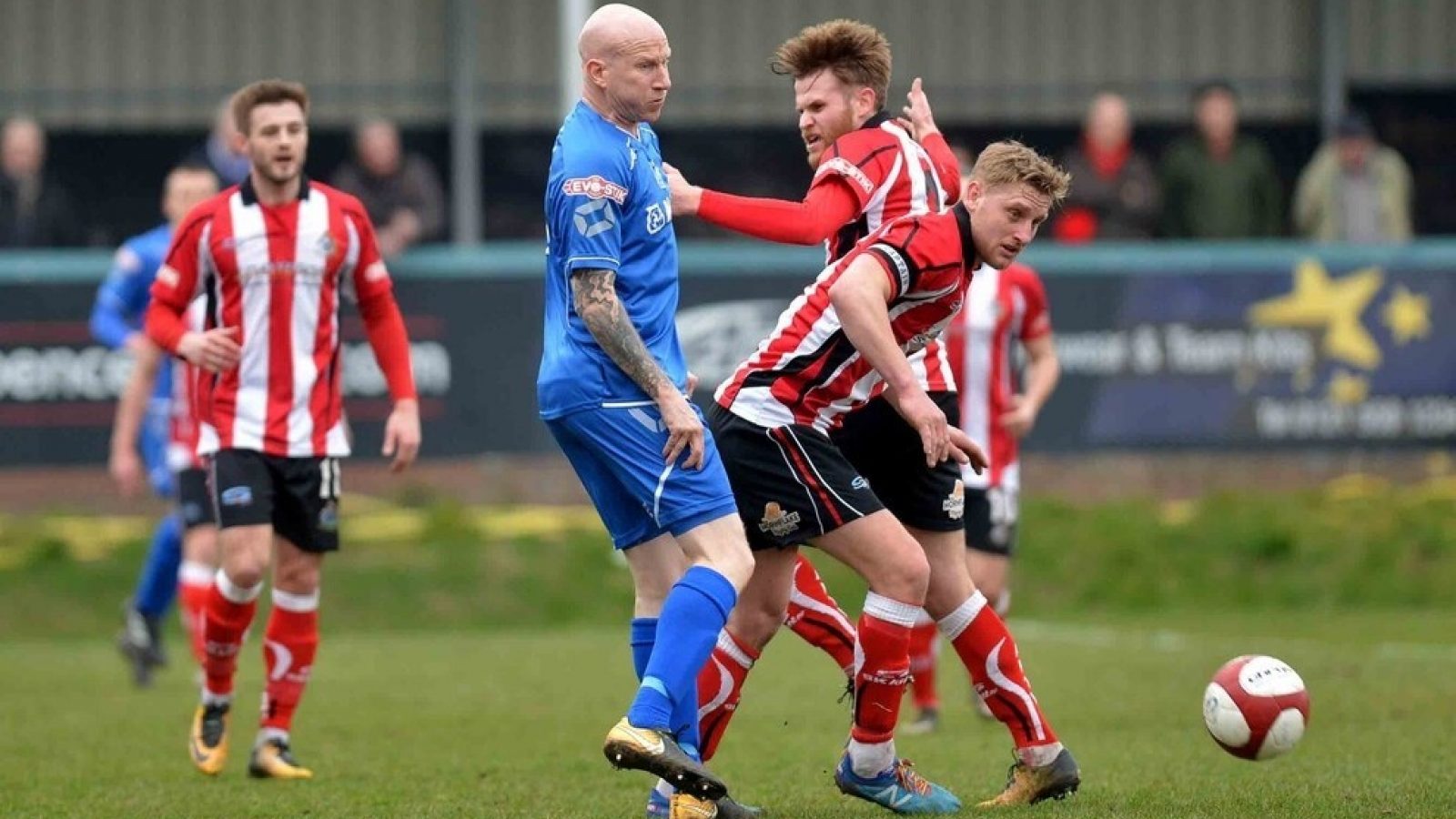 With no 'Live' Alty football for us to enjoy during the coming weeks, altrinchamfc.com will take a nostalgic look back at previous games.

The first stage of our 'Robins Retrospective' will focus on games that took place on this day in previous years & we will kick-off with an important game that took place 2 years ago today.

2 weeks before this encounter, the Robins led the league by 10 points but a poor run of just 1 point from our previous 3 games against Workington. Stalybridge Celtic & Mickleover Sports, all at home, coupled with a surge from Warrington Town, meant that Phil Parkinson's team arrived in the Black Country with just a 1 point advantage.

Tony Thompson was unavailable as he had to attend a work training course, so Tim Deasy was in goal for what turned out to be his final full appearance of his long career........Tim retired just over a month later, making a farewell appearance as a 74th minute substitute for Tony Thompson in the final game of the season, a 3-0 victory over Hednesford Town.

Phil Parkinson & Neil Sorvel's team put in an excellent performance, grasping the game by the scruff of the neck in the early stages & putting the Yeltz to the sword in the first half, when both goals were scored.

Despite plenty of chances for both sides after the interval, the scoreline remained 2-0 & with Warrington Town losing by the same scoreline at Bower Fold, courtesy of goals late in the first half from Liam Dickenson & former Robin, Greg Wilkinson, Alty headed back up the M5 & M6 with a 4 point lead.

Sadly, James Poole sustained a knee injury, as the final whistle was blown, that ended up keeping him out of action for 6 months until September of the following season.

1) The Radio Robins website www.radiorobins.com. Open the page in any web browser and the broadcast should start automatically.