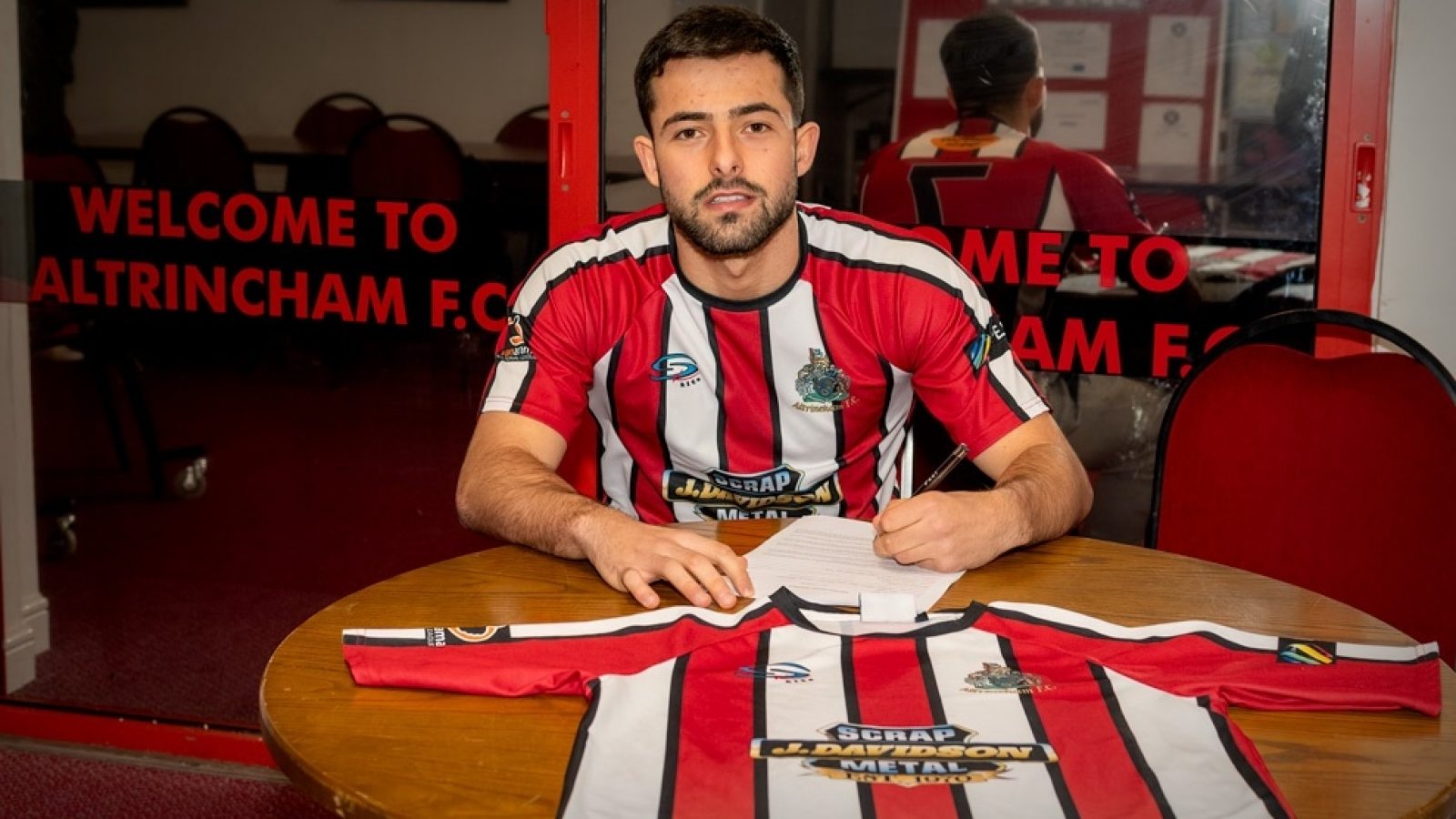 Mooney is a product of the Fleetwood Town Academy & has made 2 first team appearances.

The 20 year old has played against Alty 4 times whilst on-loan from Fleetwood to Ashton United & Chester, featuring in the 2 Northern Premier League games against the Tameside Robins in 2017-18 season, whilst last season he played in both National League North games against Chester, where he made 35 appearances, scoring 6 goals.

Mooney, who lives in Urmston, starred in Ashton United's Northern Premier League Play-Off Final 2-0 win against Grantham Town during the season that Altrincham were Champions & has been tracked by Alty since then.

Phil Parkinson is ecstatic to land Mooney, who has also won 4 caps for the Wales U21 team:-

"Neil & I identified Dan as someone we wanted to bring to the club when we won promotion to the National League North. We just missed out as he signed a season long loan deal with Chester but we are delighted to sign him now.

He ticks all of the boxes; he's young, he's hungry with bags of potential & he's only going to get better. We're confident that we can make him a better player, scoring & creating lots of goals for Altrincham & ultimately get him an even bigger move where he can progress even further.

He's left footed & can play on both wings but I see him playing mainly on the right. He loves to cut in & get shots way, he has great dribbling ability & is tenacious.

He's been at Fleetwood for 5 years & 20-23 is a vital period in any player's development if they want to go on & make it as a full-time footballer in the Football League. He will have a better chance of doing that at Altrincham rather than playing for Fleetwood's U23's.

Mooney scored Chester's '2018/19 Goal of the Season' with a last gasp equaliser at Brackley Town.

See both of his stunning strikes that day by watching the following video from 1 minute 50 seconds:-