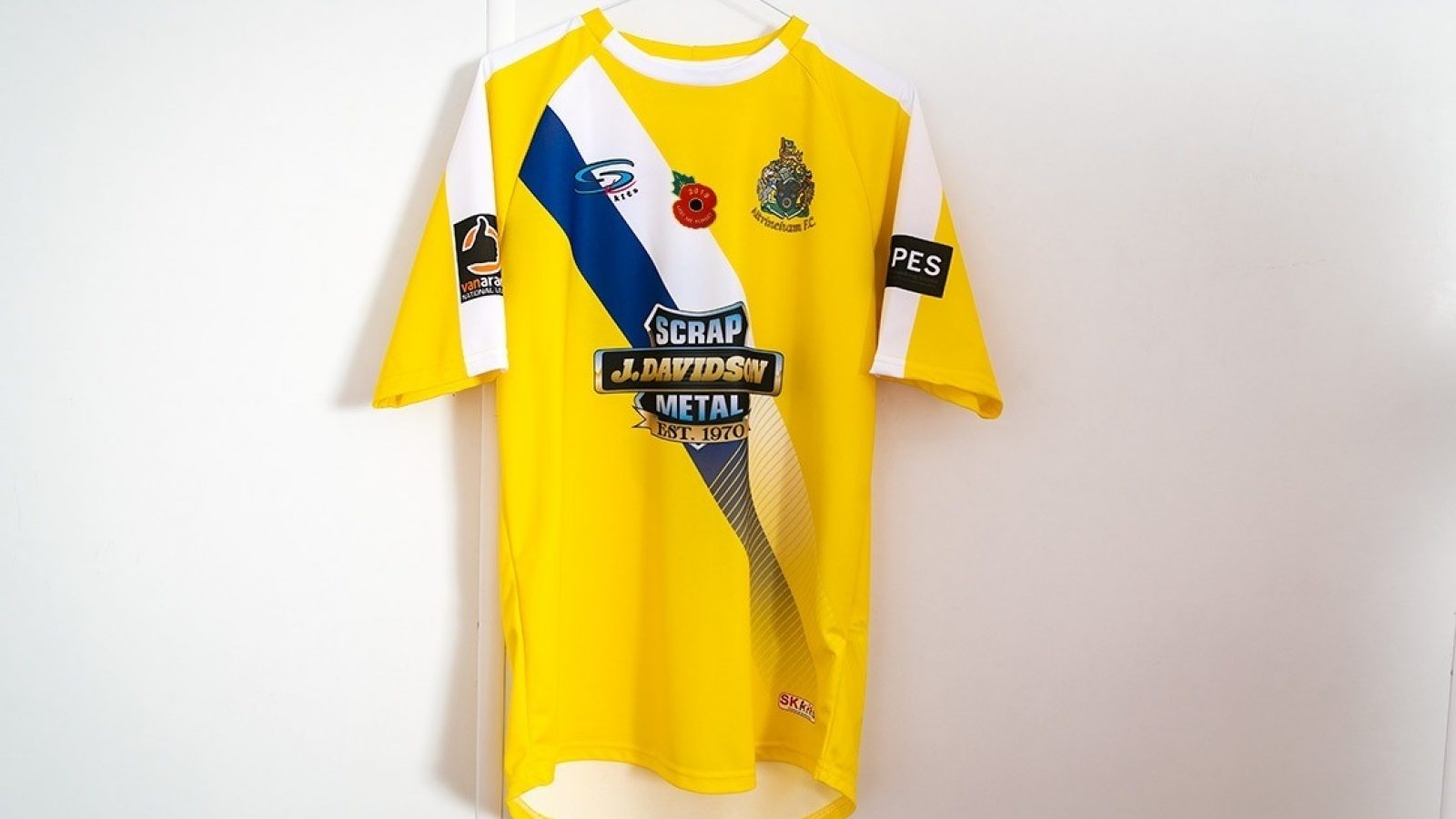 Altrincham Football Club will wear a special one-off kit in Sunday's Emirates FA Cup 1st Round tie, which has a 12.45 pm start at Bootham Crescent.

The kit commemorates & honours British service members who lost their lives in wars and other military conflicts since the onset of World War I.

The kit, which has been registered with & approved by the Football Association, is the same design as Altrincham's official away kit this season, replacing grey & red with yellow & blue & featuring a Poppy to commemorate this hugely important event in the UK calendar.

Memories of Alty - A New Book