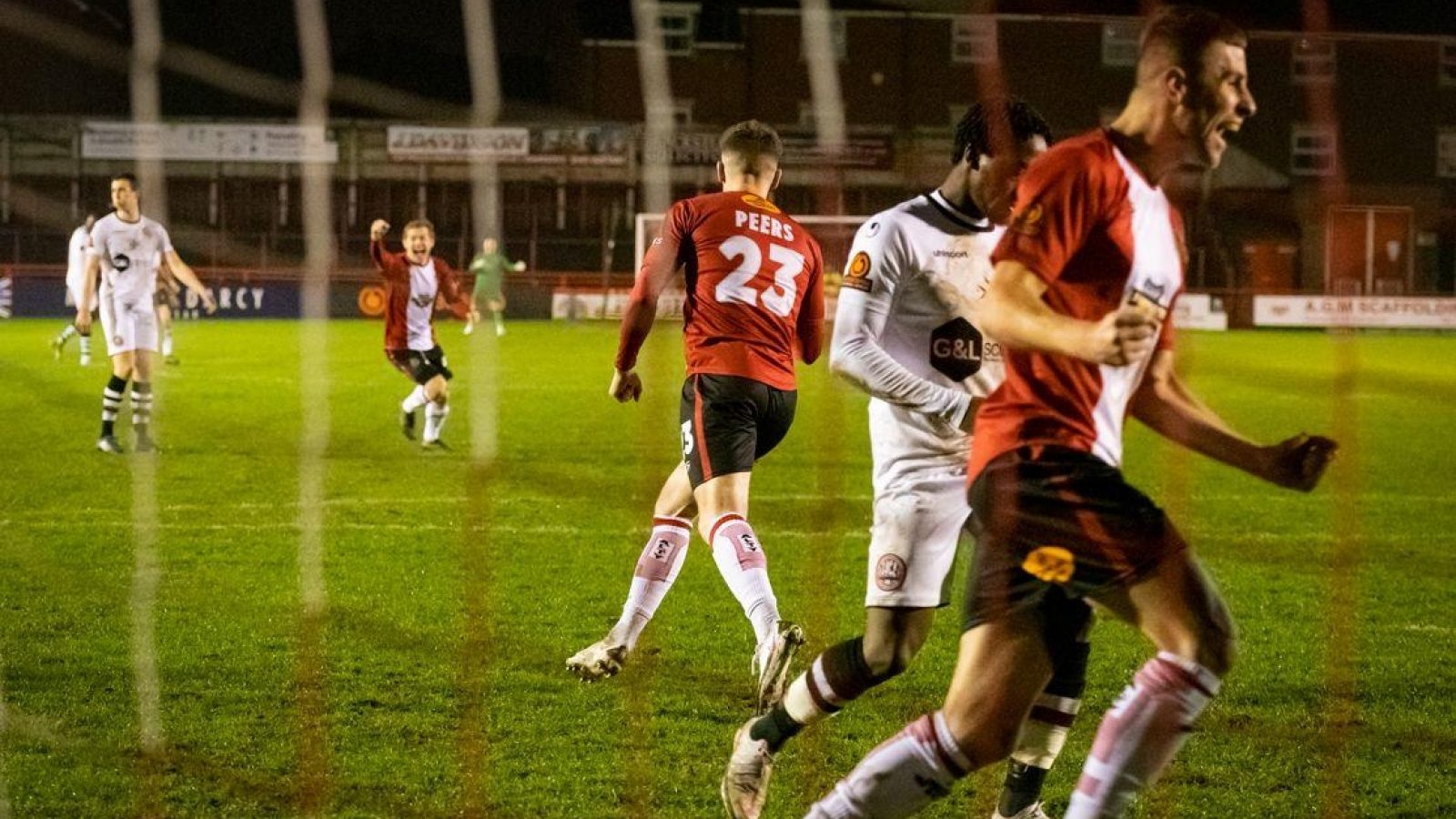 Altrincham have been given a major boost ahead of today's game at Dagenham & Redbridge after Ryan Colclough committed himself to the club until the end of next season and Alistair Smith agreed to extend his loan spell for another month.

Former Scunthorpe United winger Colclough joined Alty on a short-term deal less than three weeks ago and has already fitted in so well that it was quickly agreed both parties would benefit from a longer-term arrangement.

Smith has made just as favourable an impression in the centre of Alty's midfield since arriving from Mansfield on an initial one-month loan and readily gave his approval to remaining at The J.Davidson Stadium until January 13th.

And in a further development that should benefit Alty in the long run, exciting prospect Curtis Miller has joined Nantwich Town on loan to gain valuable match experience.

Any misgivings Colclough could hit the ground running, after several weeks' inactivity, were quickly dispelled as, in only his second substitute appearance, he powered into the Maidenhead area and won a penalty that Josh Hancock despatched for Alty's opening goal in a convincing 2-0 victory.

It earned him promotion to the starting line-up for the 1-0 win at Wrexham, as he stepped up his match sharpness, and manager Phil Parkinson was delighted that the 25-year old has now signed an 18-month contract with Alty.

Reflecting on a significant double breakthrough in holding on to two players who have figured prominently in a recent return of 12 points from a possible 15, Alty boss Parkinson said:

'Ryan has enjoyed his time with us to the extent that he wants to commit longer, and that's great news. It's the same with Alistair - he has done well enough to earn an extended stay and continue his progression, and hopefully both can use us as a platform for getting back into the Football League.'

While Colclough has made an immediate impact with his aggressive, direct running on the left flank, midfield stylist Smith has added an extra dimension to Alty's approach play in a central role with his intelligent movement and passing.

He made his debut as a second-half substitute against Aldershot a month ago, laying on a late consolation goal for Tom Peers, and has since reeled off five straight starts, making a positive contribution to a notable upsurge in form and results.

Miller has taken the eye as a confident, pacey frontrunner whenever called on from the bench this season, and the chance to experience Northern Premier League football with Nantwich was seen as the ideal way of continuing his progression.

'We are delighted to get Curtis out on loan, as it is vital for his development that he continues to get playing time under his belt,' said Alty director Rob Esteva. 'As the likes of Dan Mooney edge closer to full fitness and Yusifu Ceesay and Ryan Colclough get sharper by the game, his minutes with us may be restricted in the short term, so this loan suits all parties.

'We know he will be well looked after by Nantwich, and it offers Curtis an opportunity to kick on and come back a stronger player.'