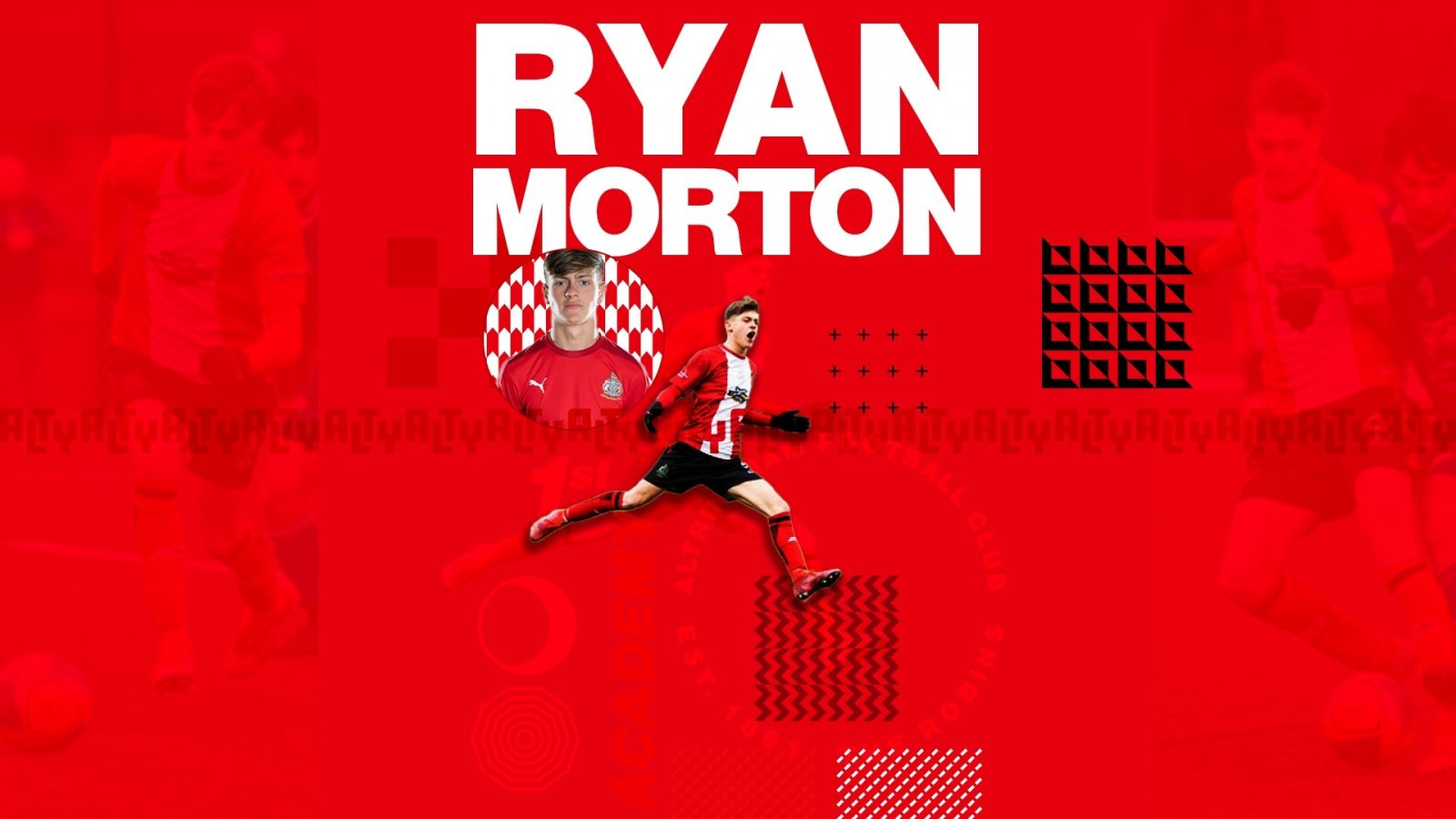 In the 77th minute of yesterday's match versus Bromley, Ryan Morton made Altrincham F.C. history as the first mens Academy player to make his first-team debut. A significant achievement for the talented youngster and an Academy which saw it's first-ever trial only two years ago.

"Ryan Morton is now the first of many future academy players to make his First team debut. The coaching and work of all the Academy staff must be recognized for this achievement. Albeit a cameo role, Ryan certainly held his own and we know that there is much more to come, from not only Ryan but all of the Academy players, both current and future. We need to pay a special mention to the persons who have been instrumental in getting the Academy to this stage, not least Sara Newton, Paul Fay, and Neil Sorvel, but the support from certain board members also, all of which helped this dream become a reality." - Cathal Morrison, Director

Ryan is a technically gifted young man who we have worked with since u16.  He transferred to Altrincham Juniors after having 2 seasons out due to an injury. He has a great understanding of the game and works hard to improve by taking instructions.

Over the last three years through his own work ethic and trusting in his coaches, he has begun to reap the rewards of grueling intense sessions to improve his composure and finesse around the final third.

Ryan continues to work hard and we are looking forward to seeing him develop further. We will be there to support a bright future.