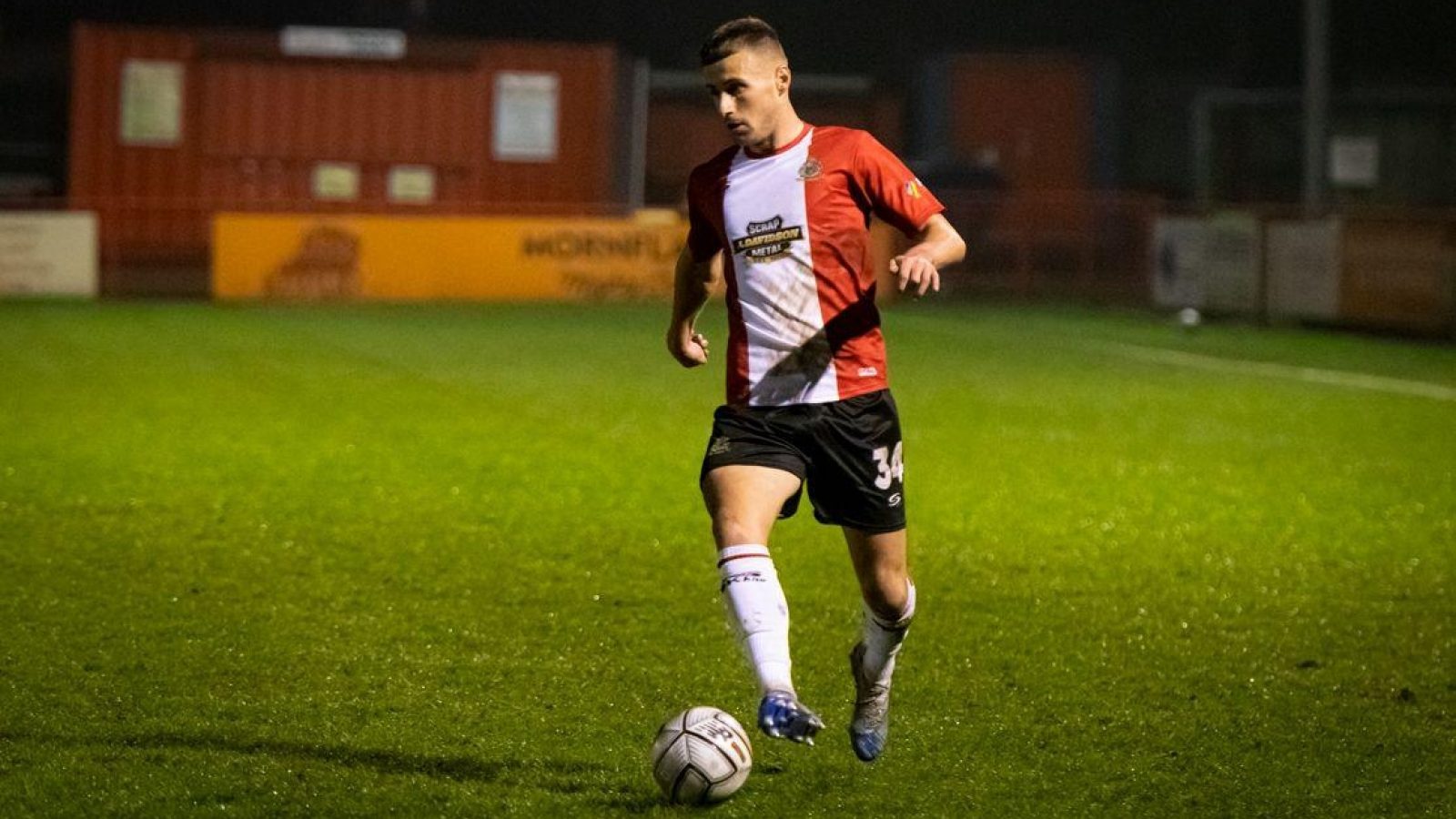 Altrincham will discover more about Ryan Colclough’s injury tomorrow but are hopeful he may have avoided the worst-case scenario of a broken leg.

There was a mixture of anger and anxiety in the Alty camp yesterday when a dangerous-looking scything challenge from Dagenham & Redbridge’s Abu Ogogo left Colclough needing several minutes of treatment before he could be stretchered off.

It did nothing to sidetrack Alty from adding another three points to their remarkable recent haul, but there were fears, in the aftermath of their 1-0 win, that the winger may have suffered a break, barely 24 hours after committing himself to the Robins for the next 18 months.

The club should know more after he undergoes a scan tomorrow, but there were some positive signs today when it emerged he was able to put at least some weight on the injured leg.

The x-ray will determine whether there is any evidence of a fracture, but it does seem ligament damage has been sustained and is the least Alty can expect by way of a diagnosis. The extent of the damage, and how long it may keep him out, is hard to say at this early stage, but it should become apparent in the coming days.

Central defender Ritchie Sutton was another injury worry at Dagenham, and it appears he may have broken his big toe or sprained a joint. Encouragingly, he reported some improvement in his mobility today, compared to yesterday, and his condition will also be monitored over the next few days to see how it settles down.

Further updates will appear here, on the club's website, as and when they are available.