Senior moment we were all hoping for - Joel signs a new deal! 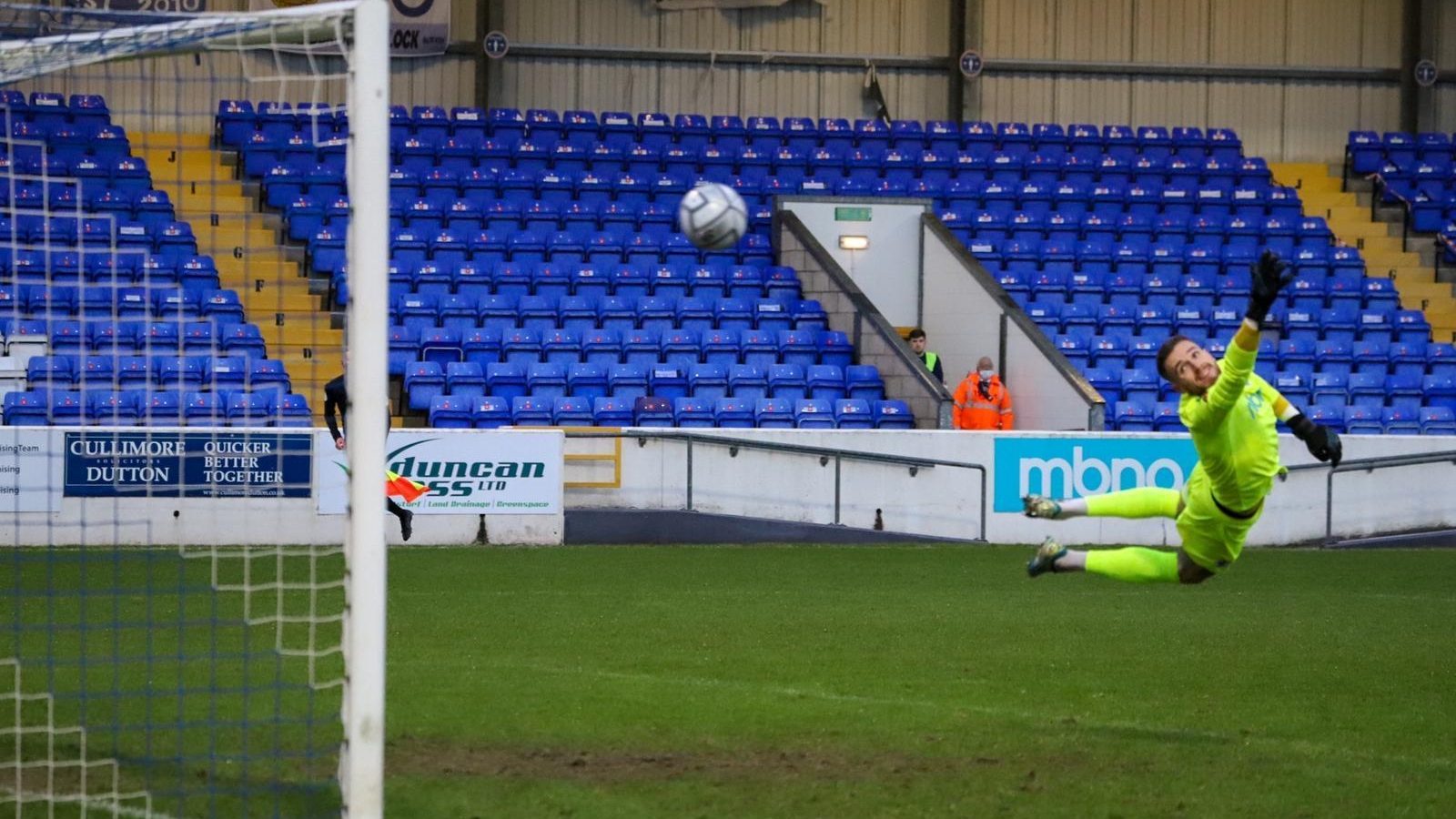 *Pick that one out! Joel Senior's goal of the season flies into the top corner of the Chester net. Picture by Jonathan Moore.

Phil Parkinson’s planning for the new campaign has been given a major boost after Joel Senior, one of the Vanarama National League’s outstanding young talents last season, signed a new contract at The J.Davidson Stadium.

The 22-year old full-back won rave reviews for his tenacious tackling and attacking forays down the right flank after arriving as a trialist last summer and quickly convincing Altrincham boss Parkinson he was worth a place in the Robins’ first-team squad.

A model of consistency, he maintained such a standard of all-round excellence throughout a total of 41 league and cup appearances that his debut campaign in Alty colours finished with a clean sweep of honours at the end-of-season awards.

Or near enough, anyway. While keeper Tony Thompson took the players’ player award, Joel mopped up the rest, being voted player of the year and young player of the year by supporters and even winning goal of the season for his long-range rocket at Chester in the FA Trophy.

He also took delivery of the manager’s player of the year award, with Phil summing up the stunning impact Joel made on Alty’s return to the National League by describing his decision as ‘easy’.

Reflecting on his spectacular progress during the course of the season, Joel said: ‘It has been a really good season. The lads have been brilliant and the management staff have been amazing. I have enjoyed it so much.

‘It feels great to pick up some awards, and I have to say thanks to the manager and Sorvs. They have been excellent with me and have allowed me to play to the best of my ability week after week.
‘The lads have helped as well, and it has been one of the best years of my career, having the freedom to go out and play and get forward at every opportunity. I have loved every minute.’

Alty fans can look forward to more of the same after Joel, who only turned 22 last month, put his name to a new one-year deal and immediately began focusing on another National League campaign and producing more of the dazzling form that, by common consent, made him one of the best full-backs in the division last season.

Below, Joel Senior receives the Manager's Player of the Season Award from Phil Parkinson.