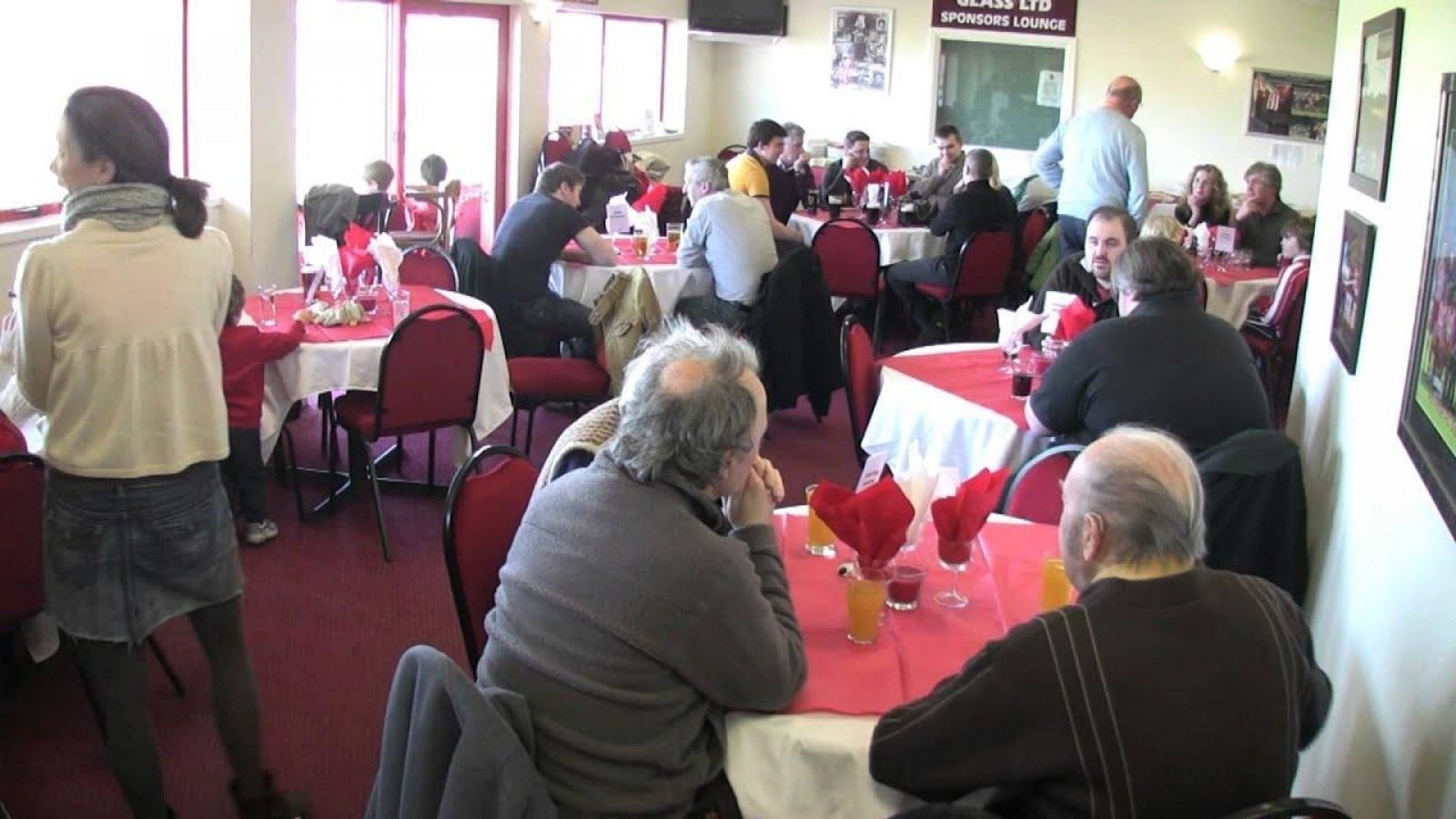 As we look forward to welcoming supporters back inside The J.Davidson Stadium tomorrow for the first time in well over a year, the finishing touches are being applied to a number of key initiatives off the field. Club director John Coyne has provided us with an update on how to get your free copy of the Yeovil Town and Eastleigh match programmes and, more importantly, answered the question of when supporters can see next season's home and away kits, following our exciting partnership deal with Puma.

The Robins Review has continued to be an  integral part of the matchday experience this season, albeit only available to read digitally, and the club have taken the decision to make tomorrow's edition versus Yeovil Town free to everyone. The programme has been dedicated to Andy's Man Club, a charity that the club are proud to support. There are the usual columns from Bill Waterson, Jake Moult and Rob Esteva, alongside an in-depth look at our opponents Yeovil Town and a feature on Andy's Man Club.

The programme can be read (and downloaded) here from 9am tomorrow: https://altydirect.com/pages/free-robins-review-altrincham-v-ytfc

Earlier this month, we published the matchday programme for our fixture versus Eastleigh a few hours before the game was scheduled to take place. It was, of course, postponed due to a torrential downpour. The edition featured a number of exclusive articles, including an insightful piece from Chris Parry around club emblems, and it can be accessed for free here: https://altydirect.com/pages/robins-review-altrincham-v-eastleigh

NB: Anyone who purchased the Eastleigh programme will receive a free copy of the Torquay United edition.

The Robins Review in its original format is back! Next Saturday, we will be producing our first printed programme of the season for the final league game of the campaign against Torquay United. The 48-page edition will feature a host of exclusive articles along with a photographic review of the season. This will be available to purchase inside the stadium and also via AltyDirect.com.

Looking ahead to the 2021/22 season, we will be offering a matchday programme season subscription, with copies posted to those supporters who may be exiled or might want to go for a pint or two after a game and not want to carry the programme around with them. Details of cost and how to subscribe will appear on the website and social media in due course.

Production of our new home and away kits is well underway at Puma HQ, and those with a keen eye may have caught us on the various film shoots we've held. The grand unveiling of both kits, along with our new extensive Puma training range, is scheduled for the days following our game against Torquay. Supporters will be able to purchase the new kit in early June, with next day delivery.

Discussions are taking place with a number of commercial property partners around the opening of an Altrincham FC store on George Street. Our plan is to open for a short period of time - we are thinking two to four weeks - in July as a way of supporting the kit launch, a new product range, season tickets, events and match day hospitality. Watch this space.

Your opinion most definitely mattered! There was a huge response to the 2021 Fans Survey.

Once again, the Alty faithful have backed a club initiative in great numbers, with over 650 responses to the most recent survey.

As a football club, our ambition is fairly transparent; we want to keep moving forward, both on and off the pitch. In today's current climate, it is vital that the lifeblood of the football club - you the supporters - can give your opinion on a wide range of areas and topics, and the survey has given us many really useful insights on what we do well and where we can improve. Thanks for your input!

Following the closure of the survey, we drew five respondents out of a virtual hat and the winner of the signed shirt was Ian Rosendaal, while Jemma Leonard, Matthew Wheeler, Damian Dommett and Stuart Bell were the four runners up, each receiving an Altrincham 1891 co-ordinates mug.

The retail website is in the midst of a re-design to coincide with the launch of the Puma kits. The relaunch will include new payment options including ApplePay, Google Pay, Amex and Shop Pay - which allows supporters to split their purchases into four equal instalments.

As most people know, we have a shiny new sponsors' lounge at The J.Davidson Stadium, but we are yet to show it off to anyone! We've had a number of enquiries about the possibility of buying a hospitality season ticket, and we are looking at numbers and reviewing our options. More information will be forthcoming on this across the next couple of weeks.

Commenting on the above, John Coyne was full of praise for the supporters and also his colleagues, saying: "It's clear there is overwhelming support for many of the club initiatives, and the fans' survey was a great example of supporters giving feedback on the bits they feel the club is getting right, and the bits that need attention. It's important we listen to the feedback and adopt changes where necessary and possible. Commercially, I think the club has taken great strides over the past 12 months, and whilst there has been a huge team effort by everyone, from the co-chairmen down, I'd like to pay particular thanks to Sam Mackenzie and Noel Shield, who do an amazing job, not just with our corporate partners, but also in many other areas of the club."