Stay in, keep safe and watch Alty at 3pm this Saturday! 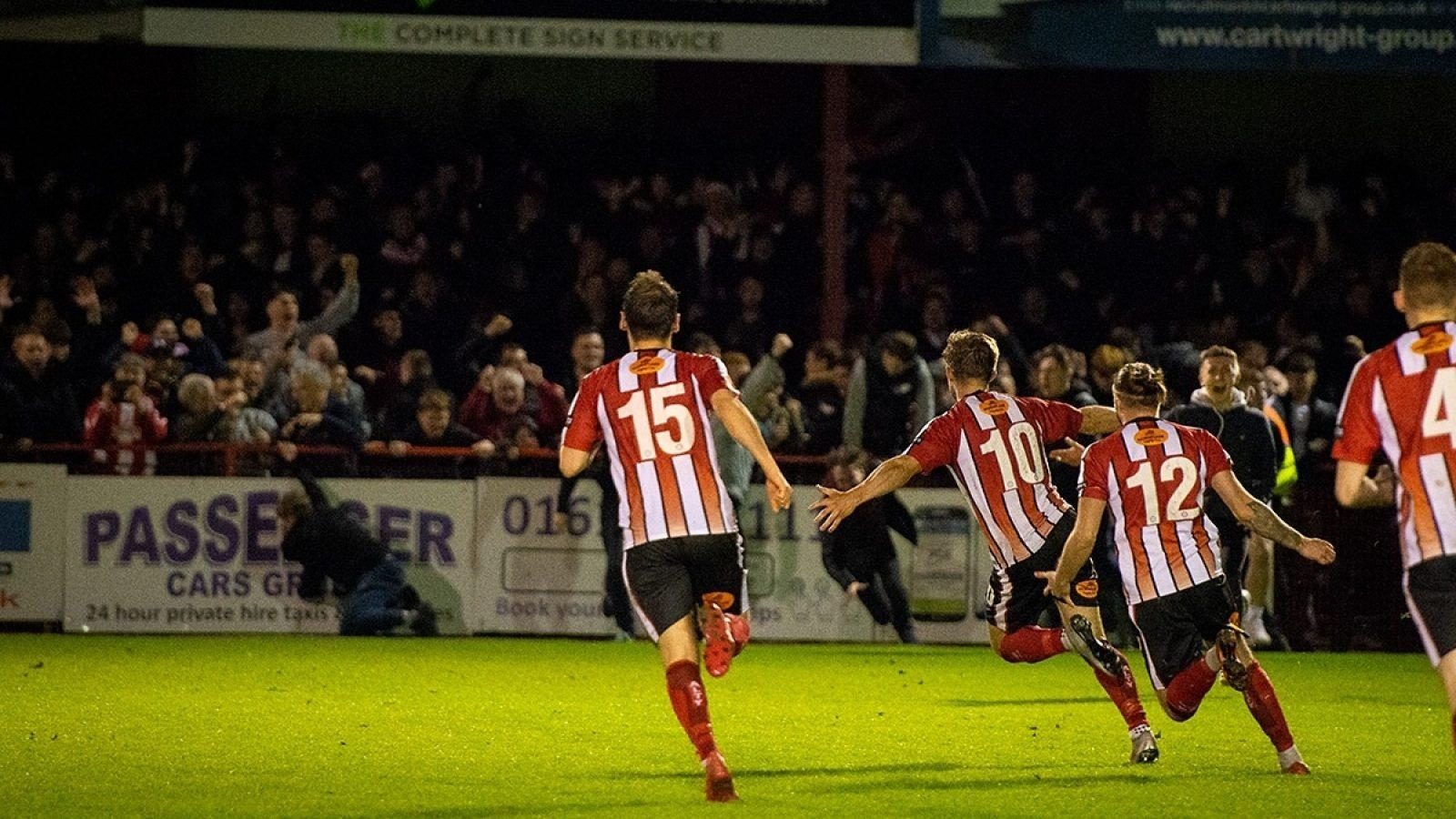 *The following press release is being distributed by the club today to a wide range of media outlets. Please note, the e-ticketing for this event, at the email address mentioned below, is being set up at some point this afternoon. We hope to be able to provide more details of other aspects of the event in the next day or two.

Live football may be on hold for the foreseeable future, but Altrincham are determined to bring the curtain down on the scheduled season in style by screening one of their most dramatic games in recent memory on Saturday afternoon.

Alty fans would have been heading to Farsley Celtic for the final fixture of the 2019-20 Vanarama National League North campaign but for the coronavirus bringing proceedings to a halt early last month.

The club have ensured they will still have an Alty performance to cheer, however, after arranging a special screening of last season’s epic play-off cliffhanger against Blyth Spartans for 3pm this Saturday.

Phil Parkinson’s side looked down and out after going 2-0 behind early on but roared back to haul themselves level with a last-gasp equaliser that raised the roof and led to extra time and penalties.

The not-to-be-missed rerun comes with Alty currently occupying one of the promotion play-off places but with time running out and hopes fading that the season may somehow be salvaged.

It offers supporters the chance to relive one of the great nights under The J.Davidson Stadium floodlights and it has the added attraction of giveaways and prizes for anyone clicking on altrinchamfc.com/club/tickets and donating either £5, £10, £15 or £20 as a means of accessing the coverage.

The gripping two hours-plus tale of a dramatic comeback amid mounting tension has the added attraction of free gifts and draw prizes, with the number of entries into the draw dependent on the amount donated; one entry for £5, two for £10, three for £15 and five for £20.

The free gifts lined up for the event, which are all digital and will be emailed:

The prizes up for grabs in the draw are:

- A free season ticket.
- A 2020 season signed home shirt.
- A 2020 season signed away shirt.
- Hospitality for two in the sponsors’ lounge for a game of the winner’s choice.
- Hospitality for two in the boardroom and seats in the directors’ box for a game
- A Meet the Manager and Captain photo opportunity after next the home game.

This Saturday would have been the last match of the regular season, and would more than likely been followed by another tilt at the play-offs. But whilst we await the decision of how the 2019-2020 season concludes, we thought we'd offer our amazing fans a reminder of one of the highlights of last season.

‘Fans can obtain tickets online for this event and choose how much they donate - from £5 up to £20. Once again Phil Parkinson and the team have given us some brilliant memories for this season and now we look to continue our fundraising activities in preparation for the challenges of the next campaign.’