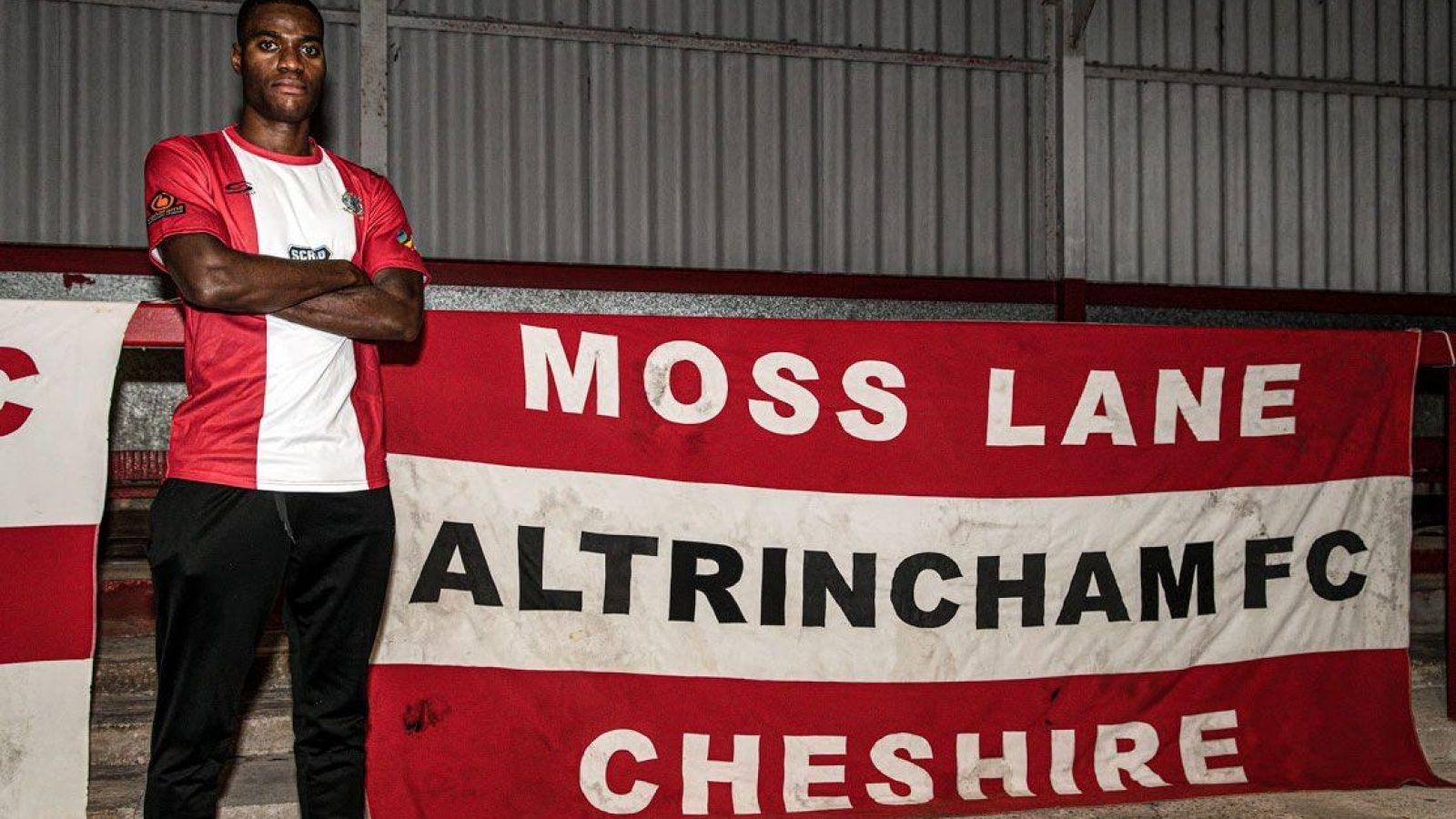 Altrincham FC has strengthened its attacking options by signing Fisayo Adarabioyo, who scored twice against the Robins in the pre-season fixture at Curzon Ashton.

Manager, Phil Parkinson, spoke about the latest addition to his squad.

"Fisayo is a player I’ve been monitoring ever since the Curzon game. He really impressed that night not just because of his goals but his all round play. He’s a player that I think will be suited to our style of play and his biggest attribute is his ability to find spaces in the box and his obvious ability to score goals. He had an interesting and very educational football journey stemming back from Man City then being the youngest player at 17 years old to sign pro forms at Birmingham City, he moved on to Crystal Palace but unfortunately had numerous different managers which didn’t help a young pro trying to find his way. He then moved to Holland and played in the 2nd and top tier, where he didn’t get the game time he wanted but got a great education on tactics and a completely different style of play. He’s desperate to get his career back on track and feels he can do that with us and so do I."

Brian Flynn interviewed Fisayo after he had signed & you can listen to the interview here:-