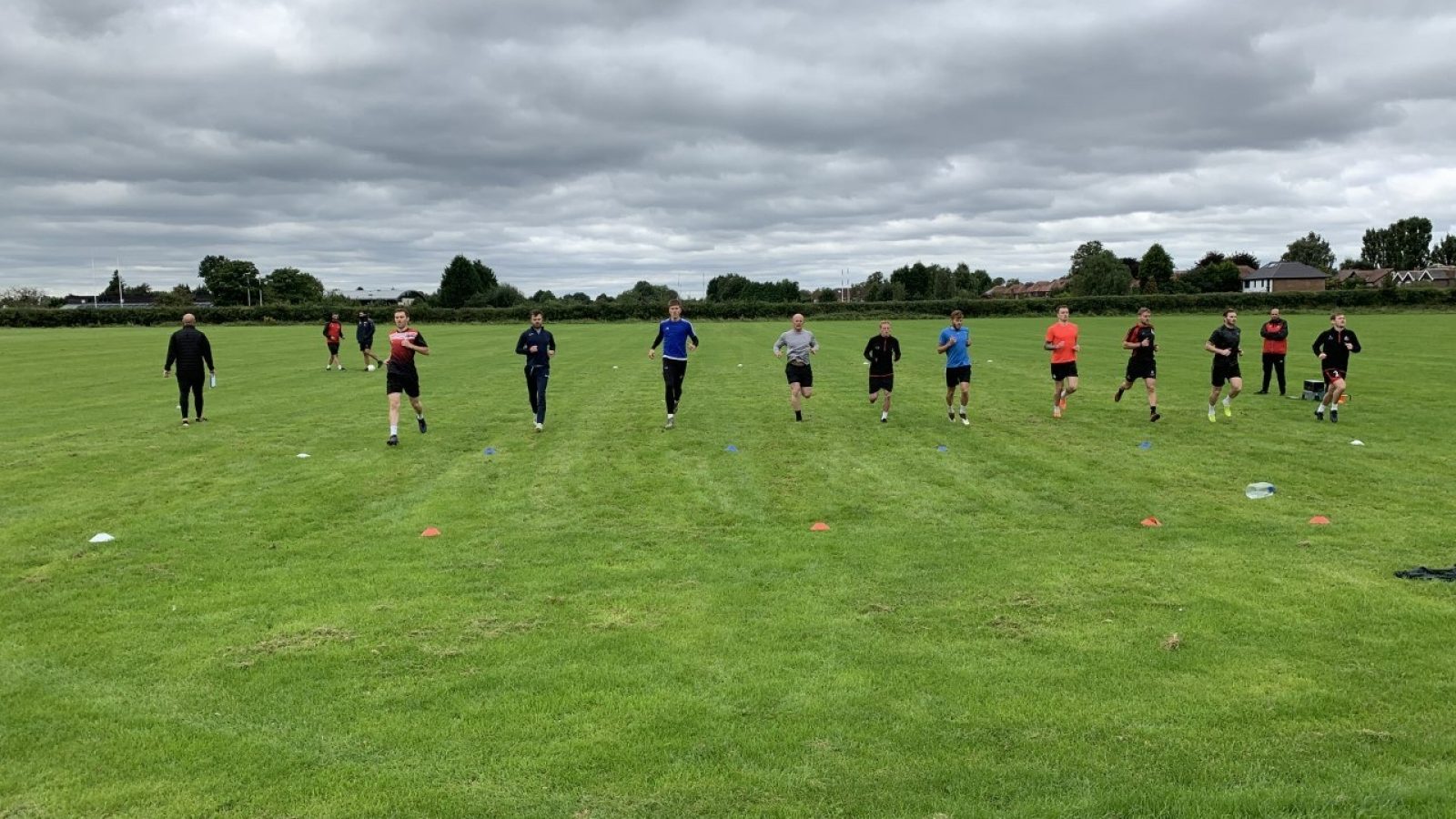 August started with victory in The Vanarama National League North Promotion Final at Boston United & within the same month preparations for the Robins' return to The National League commenced as the players reported on Saturday for pre-season training at the Manor Farm Complex at Ridgeway Road in Timperley.

All players initially took part in a 'Bleep' Test , which involves continuous running between two lines 20m apart in time to recorded bleeps. After about one minute, a sound indicates an increase in speed, and the beeps will be closer together. This continues each minute (level).

See the interview with Dan Mooney below, which shows the 'Bleep Test' in action.

The 2nd test completed by each player was the 'Yo-Yo Test' which is a maximal aerobic endurance fitness test, involving running between markers placed 20 meters apart, at increasing speeds, until exhaustion.

The 'Yo-Yo Test' was completed in 2 groups, here's the second group of enthusiastic contestants at the start of their test:-

Tom Peers & Toby Mullarkey were the top scorers in each group.

During the session, Alty TV's Mark Bennett filmed 3 player interviews & below you can watch Aiden Beswick's interview with the man whose goal won the Promotion Final at Boston just over a month ago:-