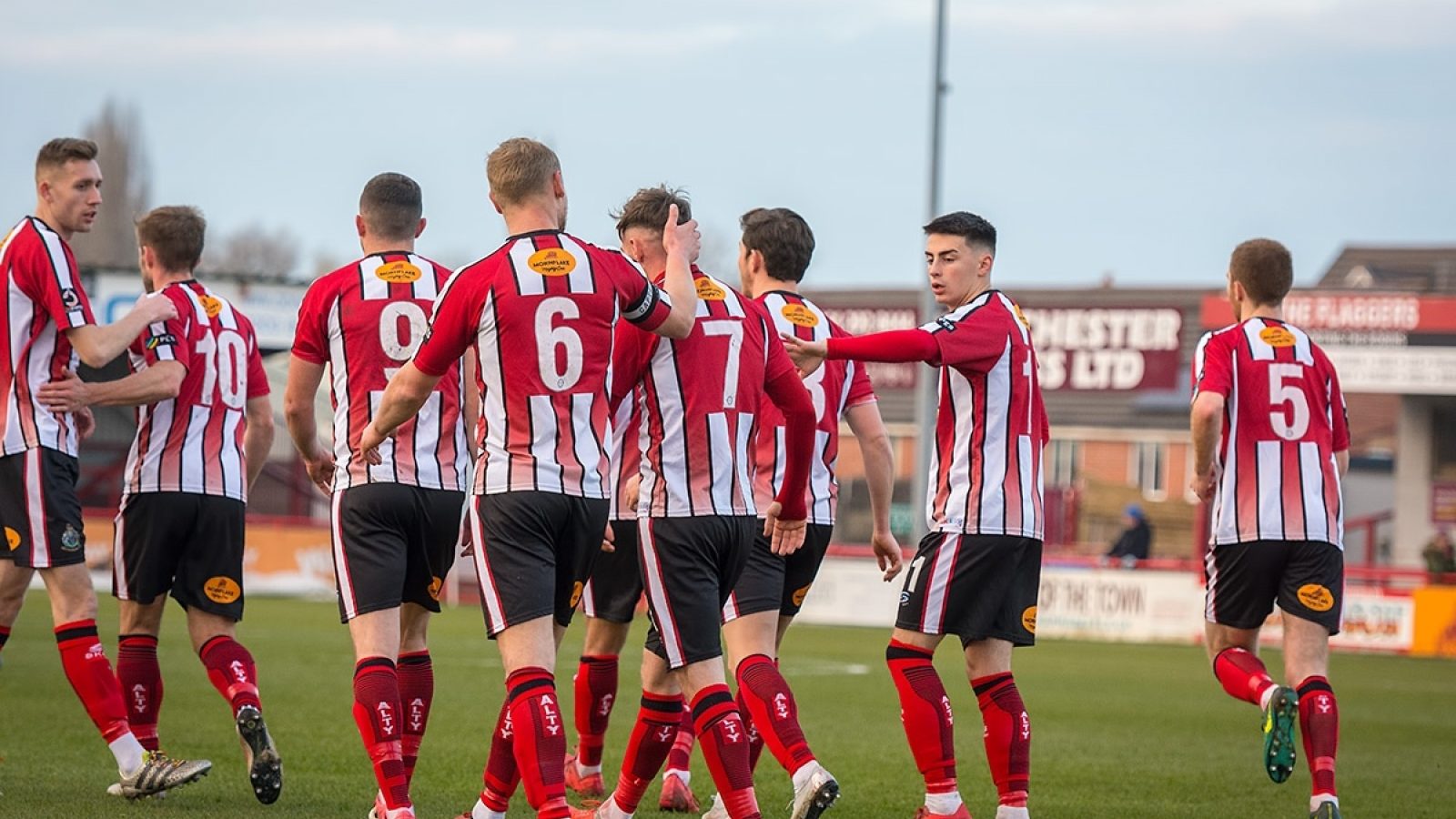 This management!  These players!  These fans!  We could have asked for nothing more.

We have been on one hell of a journey, a journey that has come to an end in as disheartening a set of circumstances as could be imagined......but we should be very proud of what we have achieved.  Some invoke the ghosts of Colchester, but I saw something entirely different yesterday - a team on the rise backed by an increasingly enthusiastic and vocal fan base.

I saw a cohort of red and white warriors go toe to toe with a League One side and come away bloodied but with heads held high.  I saw a pure footballing philosophy come of age as Alty took the game to Portsmouth and held the upper hand for long periods of the game.  I saw more than 600 fans in the Milton End out-sing the 8,000 Pompey fans – from the Directors Box for long periods of time, you could hear the Alty singing far more than you could the home side.  I saw Portsmouth gracious in victory, applauding our efforts and respecting us as footballing equals.  This is not the end of the story but instead it is the start of a far greater journey over the coming seasons.

Securing Phil Parkinson and Neil Sorvel for three seasons gives us a huge platform to build on; and the confidence and assurance of the players in recent weeks shows that we should fear no-one in the Vanarama National League North.  Yesterday was the best performance from Phil Parkinson’s Alty so far; I remember saying the same on the way back from York three weeks ago, but the bar has been raised again by yesterday’s performance.  We will take this energy, this style and this boldness and bring it to our remaining fixtures this season.

As a board it is our job to ensure that off-the-field developments keep pace with the progress we are making on the field.  We have been very busy and it is time to tell you all about our plans. We will be holding a 'Meet the Board' session in January, the date to be confirmed but likely to be towards the back end of the month.  There is a lot to tell you, and we want to demonstrate that the club is moving forwards.

Our time is coming, and we are getting ready.  Come and see how the club is moving forward.  We are Alty FC and we are on the way back.