The kids are all right, says Phil, as Conor turns on the style 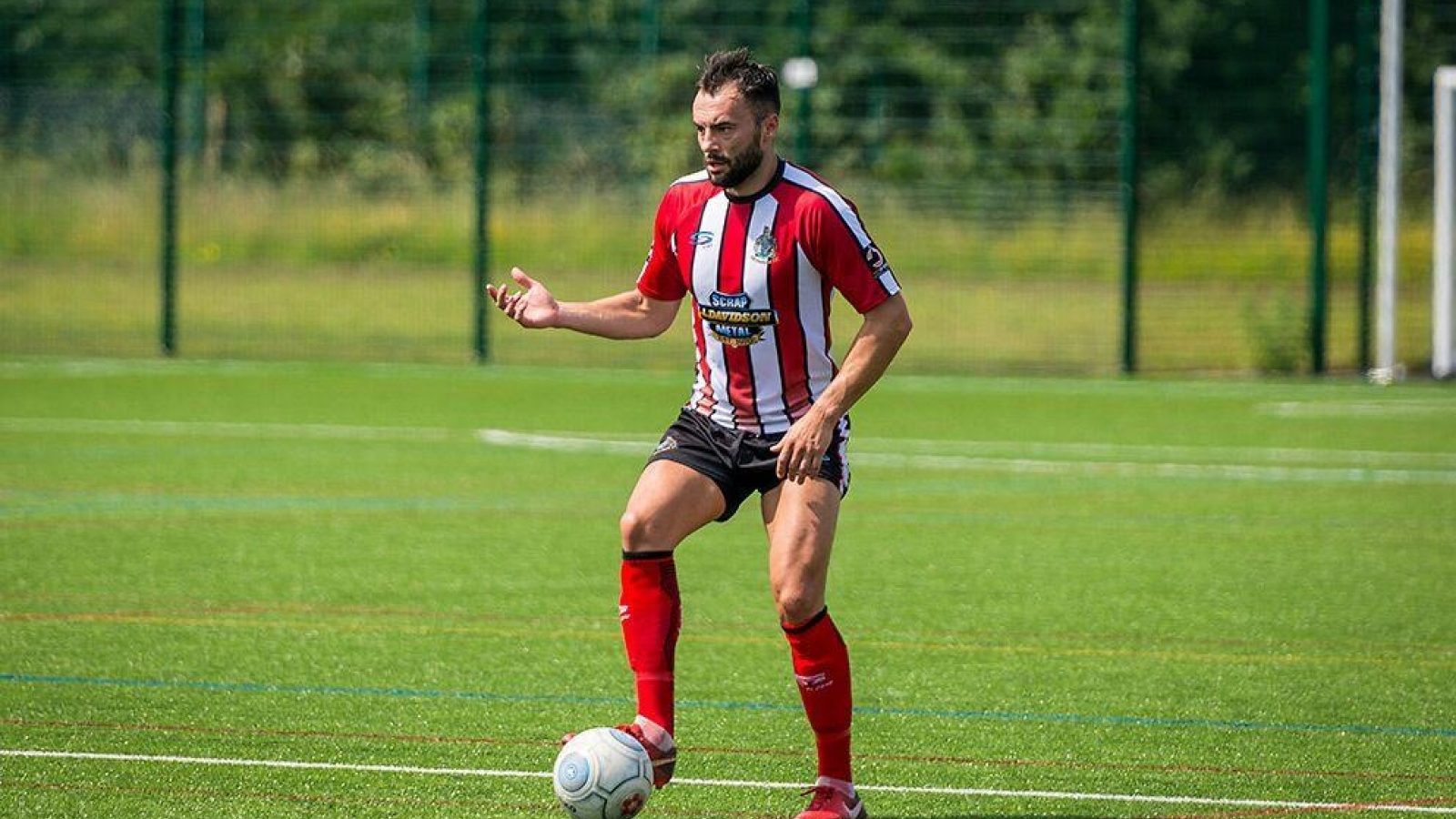 Phil Parkinson had good reason for viewing the immediate and long-term future with confidence after seeing a spirited Altrincham youth side give their seniors a thorough work-out at the Manchester Health Academy in Baguley on Saturday.

There was only one goal in it - an assured strike from the edge of the area by John Johnston - until the stroke of half-time, when new signing Conor Branson (pictured) crowned an impressive first showing in Alty colours with an unerring finish into the bottom left corner.

Two trialists joined them on the scoresheet in the second half, and substitute Max Harrop made it 5-0 late on, but Alty's youngsters did enough to earn some words of encouragement from Parkinson, who made a point of addressing them in their changing room shortly after the final whistle.

'It was good to blow the cobwebs away and see some of the new lads in action after a week's training, but I feel it was more about the youth team today and having that relationship with them,' said the Alty boss. 'I have just spoken to them about having a player pathway and what we are trying to create at the club now, in terms of a more realistic route to the first team for them through the Reserves.

'Hopefully, we can put that into place, and it can only do them good to have a run-out against senior players. I was really excited to see some decent prospects out there, just as there were last year. Obviously, we have identified four players we feel may break through next season, and we are trying to create a mechanism or support system for them to be able to do that.

'With regards to the first team, we got what we needed out of it, in terms of physical output, as well as keeping a clean sheet and scoring lots of goals, so it was a really good exercise all round.

'On top of that, a few of the lads did some community work by joining volunteers at The J.Davidson for the clean-up day, helping get the ground in shape for the start of the season, and I think that is equally important. That is something I am trying to create - a sense of togetherness that is embraced by everyone.

'I hope fans appreciated some of the players lending a hand, and I hope it encouraged a few more volunteers to turn up and help with the tidy up, because that sort of involvement is the only way to move forward at Altrincham. We haven't got a multi-millionaire owner, so we will try to integrate with supporters and the community as much as possible, and the youth team, bringing everyone together and moving forward together.

'We've been back training a week, so that's a full week we've had now, though some lads have been on holiday and will have a bit of catching up to do as of next week. But everyone has come back looking really fit and healthy, so I couldn't ask for any more at the moment.'

In a game played in sweltering temperatures that necessitated a drinks break midway through each half, there were stand-out performances from former Bradford (Park Avenue) midfielder Branson and second-half sub Harrop, who filled the attacking role left vacant by James Poole's move to Australia.

'I thought Conor, at this early stage, looked dynamite,' said Parkinson. 'He is very fit, very strong and very powerful, and he is only going to get better. He gives us something different from what we've already got.

'He can sit deep, but I see him more as a number eight, breaking forward. That's why I brought him here - I see him as someone who will get us goals from midfield. In the games he played against us, there were times when he was unstoppable.

'Then again, Sean Williams has come back fitter than I have ever seen him, so it's going to be interesting, come the start of the season.

'I thought Max Harrop stood out today. He looks really hungry for that position, and that's what we want - competition for places. Losing James is a massive blow, and Josh Hancock is going to be suspended at the start of the season, so there's a real opportunity there for someone.

'Max looked really bright and is a candidate to step in there, for sure. He enjoys playing there. He likes having the licence to go out and express himself.

'Some of the trialists showed up really well. Jamal Crawford, who was at Chester, did well and looked quick, and there were one or to others we're keeping an eye on, without naming names at this stage. In fairness to them, we won't drag it out. We will keep them here for a week and make our minds up fairly quickly.

'Matt Chadwick is another. He picked up a knock and wasn't involved today, but hopefully we can get him some minutes at Whitchurch next Saturday.

'I won't mess him about. He has come back looking really fit, fitter than he was last season. It's just whether he can stay fit. He seems to have had a lot of knocks and niggles since he arrived here, so he just needs to prove his fitness a little bit.

'But I'm delighted with what we've been able to do over the summer. We've kept the nucleus of last season's squad together and made some really good additions, so I'm really happy with the business we've done.

'I know I'm not going to be able to stop people getting carried away, with regards to expectations, and the signings will bolster us, but you look round the league, and it is going to be really strong again. Everyone seems to have made good signings and improved their squads from last season.

'It is going to be really interesting, and we will do everything we can to make sure we are ready to go again from the start of the season.'