The recovery starts here - Connor 'on the mend' after surgery 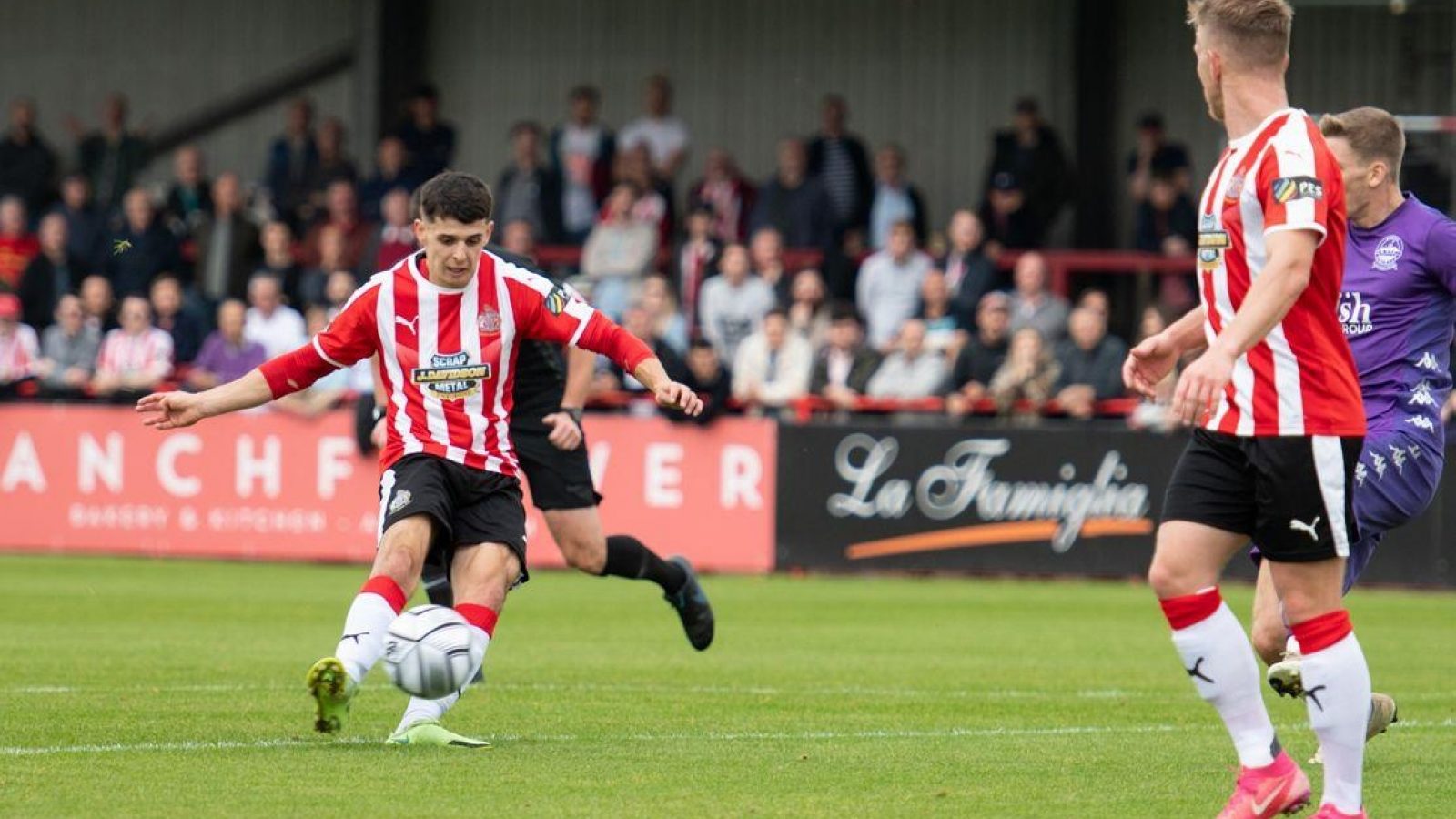 Connor Kirby has undergone surgery on the leg break he suffered at Wealdstone on Saturday and is hopeful that he is now 'on the mend'.

Altrincham's on-loan midfielder had the operation at a London hospital yesterday afternoon, with the early indications being that the surgeons are happy with the alignment of his bones after they reset the tibia and the fibia, both having been broken in the incident.

As he waited for word on when he can return to his home in Barnsley, Connor said: "The surgery went well, I think, and I’m on the mend. I'm just achy and tired at the moment."

While everyone's thoughts are with Connor, as he starts out on the road to recovery, special mention should also be made of the exemplary way sports scientist and therapist Ryan Murray and strength and conditioning coach Ryan Spencer did their best to comfort the 23-year old and help him cope with what must have been a traumatic as well as lengthy wait for an ambulance to arrive.

Messages of support have poured in for the Harrogate Town loanee, while Saturday's opponents, Wealdstone, have gone one better by announcing plans to stage a fund-raiser for him at the home match with Aldershot this coming weekend.

It is a wonderful gesture that was warmly received by Alty co-chairman Bill Waterson, who said: "We thank Wealdstone for their generosity, and for the professionalism and concern they showed us on Saturday.

"They are old friends from the early days of the National League, and that friendship deepened and renewed at the weekend and subsequently with this fantastically heartwarming show of support for Connor.

"It is greatly appreciated, and we will look to do some fundraising for Connor ourselves at some point in the near future."