They're back! Alty players put through their paces on day one of pre-season training 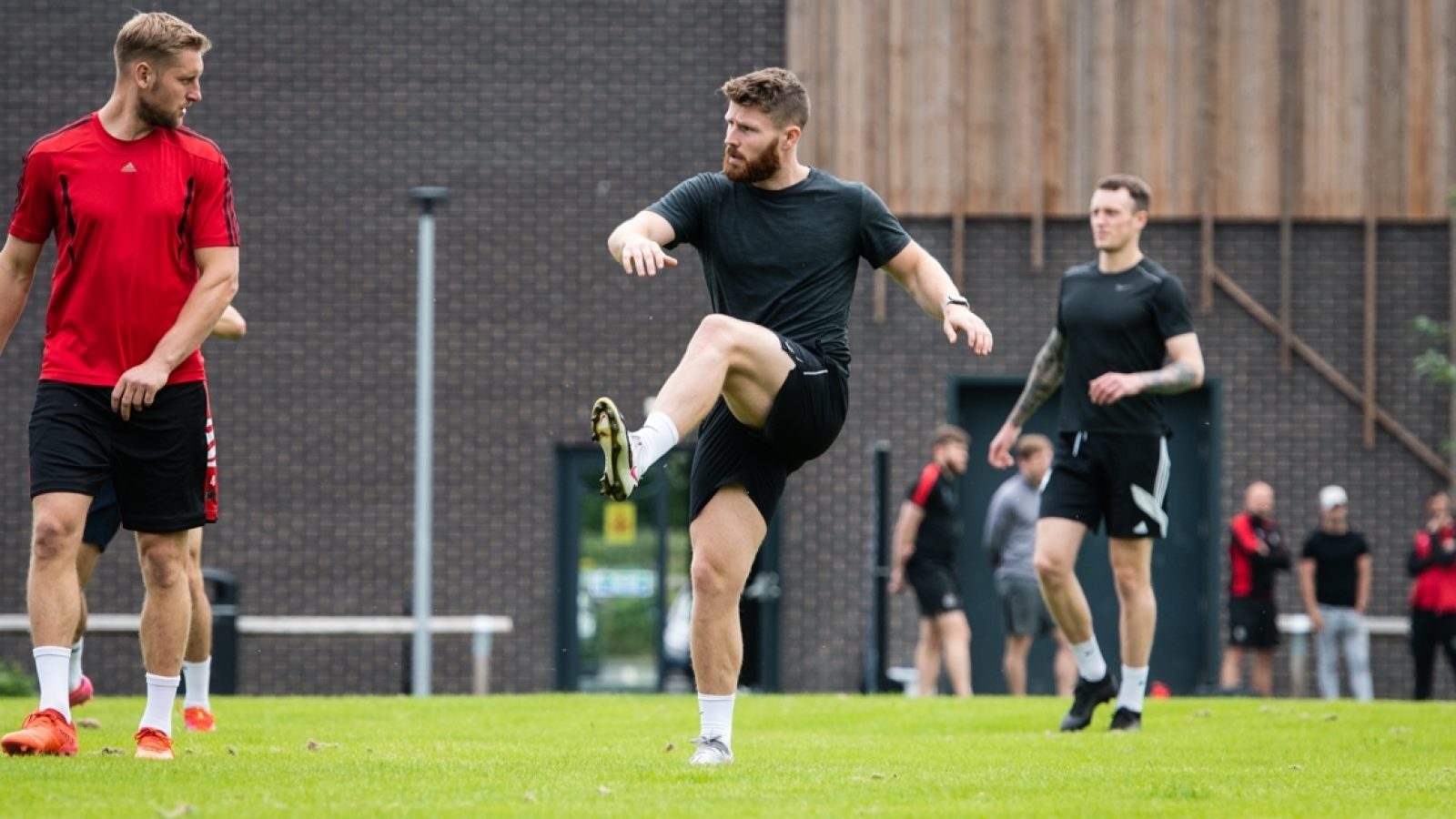 *By the left ... Brad Jackson limbers up alongside Jake Moult, with Toby Mullarkey in the background. Picture by Michael Ripley.

The countdown to the new campaign is well and truly underway after Altrincham's players reported back for pre-season training at Reaseheath College in Nantwich today.

With the opening pre-season friendly just a fortnight away and the big Vanarama National League kick-off a further month down the line at Torquay United on Saturday, August 21st, Alty's squad were put through their paces under the watchful eye of manager Phil Parkinson and his staff.

After adhering to running schedules mapped out for them over the past couple of weeks, the players underwent weight and fitness checks before throwing themselves into a series of punishing drills aimed at building up stamina levels in readiness for next month.

Look out for more photos from their opening session, plus news of squad numbers for the new season, here on the club's website on Monday.