This is why Tommo's got to be National League Player of the Season! 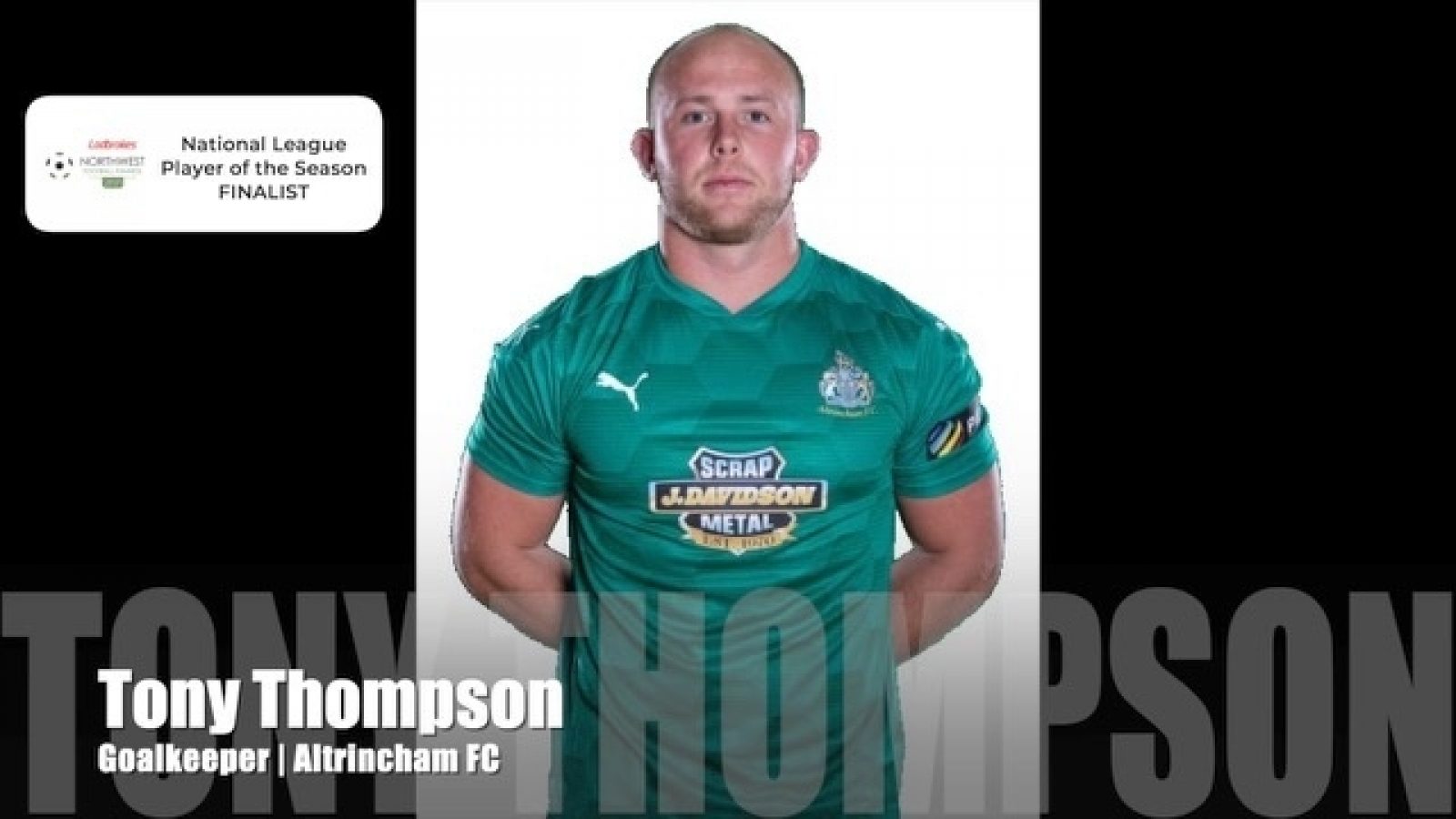 He has made it all the way through to the final, and the only question that remains is whether Altrincham number one Tony Thompson can become National League number one when the region's big football accolades are dished out on Monday night.

As a fitting tribute to his outstanding form, Alty's irrepressible keeper was nominated in the National League Player of the Season category for the prestigious 2021 Ladbrokes Northwest Football Awards.

It will surprise no-one who marvelled at his sustained level of excellence throughout the 2020/21 campaign that appreciative Alty fans voted him into the final, where he finds himself up against Stockport County's John Rooney for the NL Player of the Season award.

BUY YOUR TICKETS FOR THE ALTY CHRISTMAS PARTY NOW!

All will be revealed at Emirates Old Trafford on Monday evening when the footballing elite of the North-West gather to hear broadcaster Dan Walker announce the winners of the many varied categories.

For Player of the Season, it has to be Tommo, hasn't it? Alty fans need no convincing, but if any neutrals are still unsure, just take a look at this video expertly put together by Alty TV's Mark Bennett that leaves little room for doubt that our Tony would be the worthiest of winners.