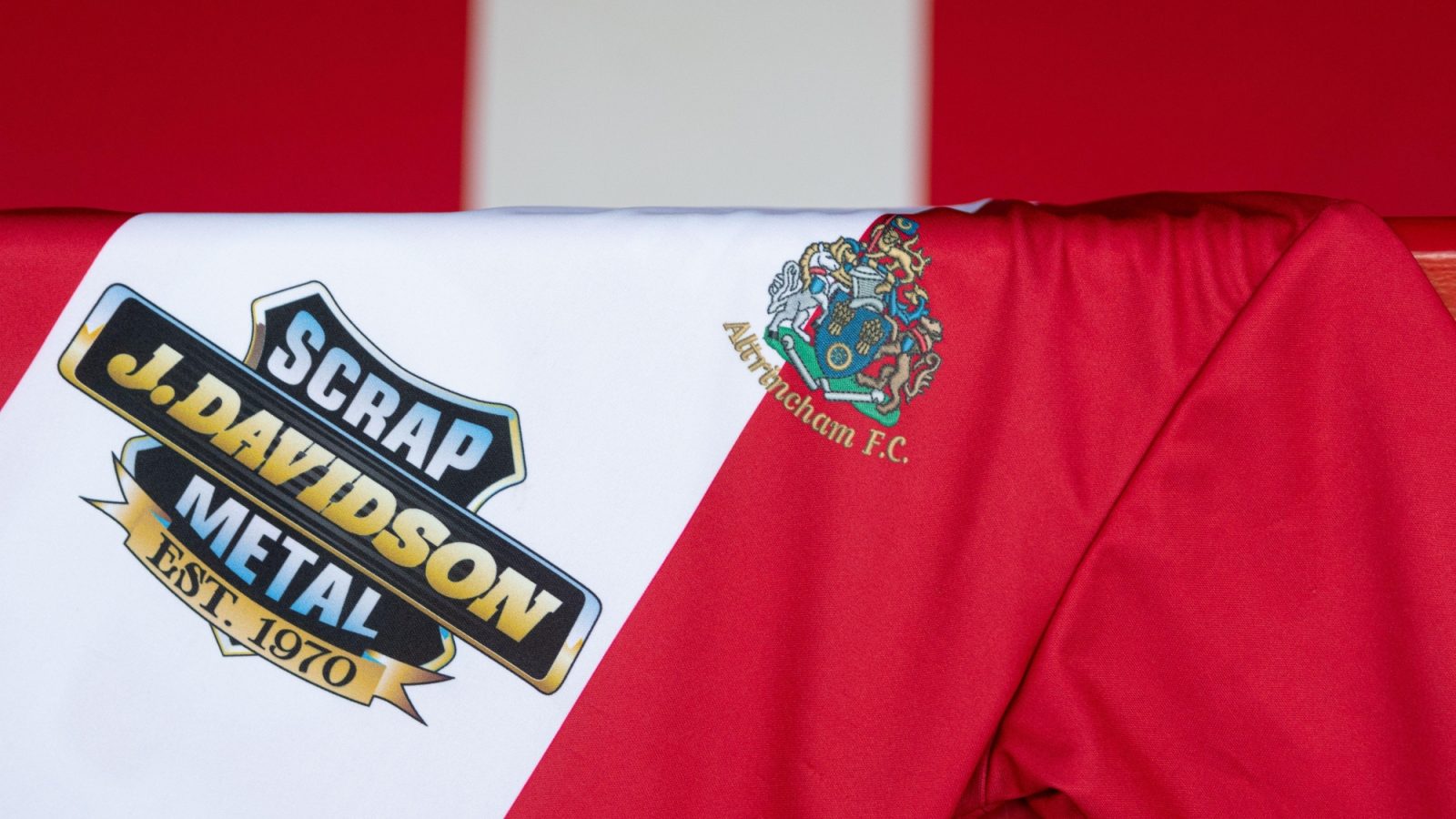 Phil Parkinson has been very busy throughout yesterday & today & 3 players have signed & are available for tomorrow's Vanarama National League game at The J.Davidson Stadium against Aldershot Town.

Andy Dales joins on loan from Scunthorpe United on his 26th Birthday. Phil Parkinson & Neil Sorvel have been admirers  of the winger from his time at Mickleover, where he was called up to the England C squad. Dales played against Alty twice for the Derbyshire side in our Northern Premier League Championship season, at the end of which he secured a move to The Iron.

A busy day for Ian Senior at SKkits!!

Now in his 3rd season at Glanford Park, Dales has had spells north of the border at Dundee & Hamilton Academical.

Alistair Smith  joins on loan from Mansfield Town. The 21 year old midfielder who can also play in the number 10 role has spent all of his carrer with The Stags, making 6 first team appearances, whilst having loan spells at Frickley Athletic & Kettering Town. Smith played for the Poppies in the 1-1- draw at The J.Davidson Stadium in February.

Jamie McDonald joins the Robins on non-contract terms from City of Liverpool. The 27 year old striker rose to prominence at Warrington Town & scored the goal in added time for The Yellows that knocked the Robins out of the FA Trophy in 2017. Former Altrincham legend, Graham Barrow (Wigan Athletic's Chief Scout at the time) watched McDonald in both the original tie at Cantilever Park that ended 0-0 & the replay & a move to the Latics seemed done & dusted but ultimately fell through in unfortunate circumstances.