Tickets, dates, admission to games - all you need to know about how next season is shaping up 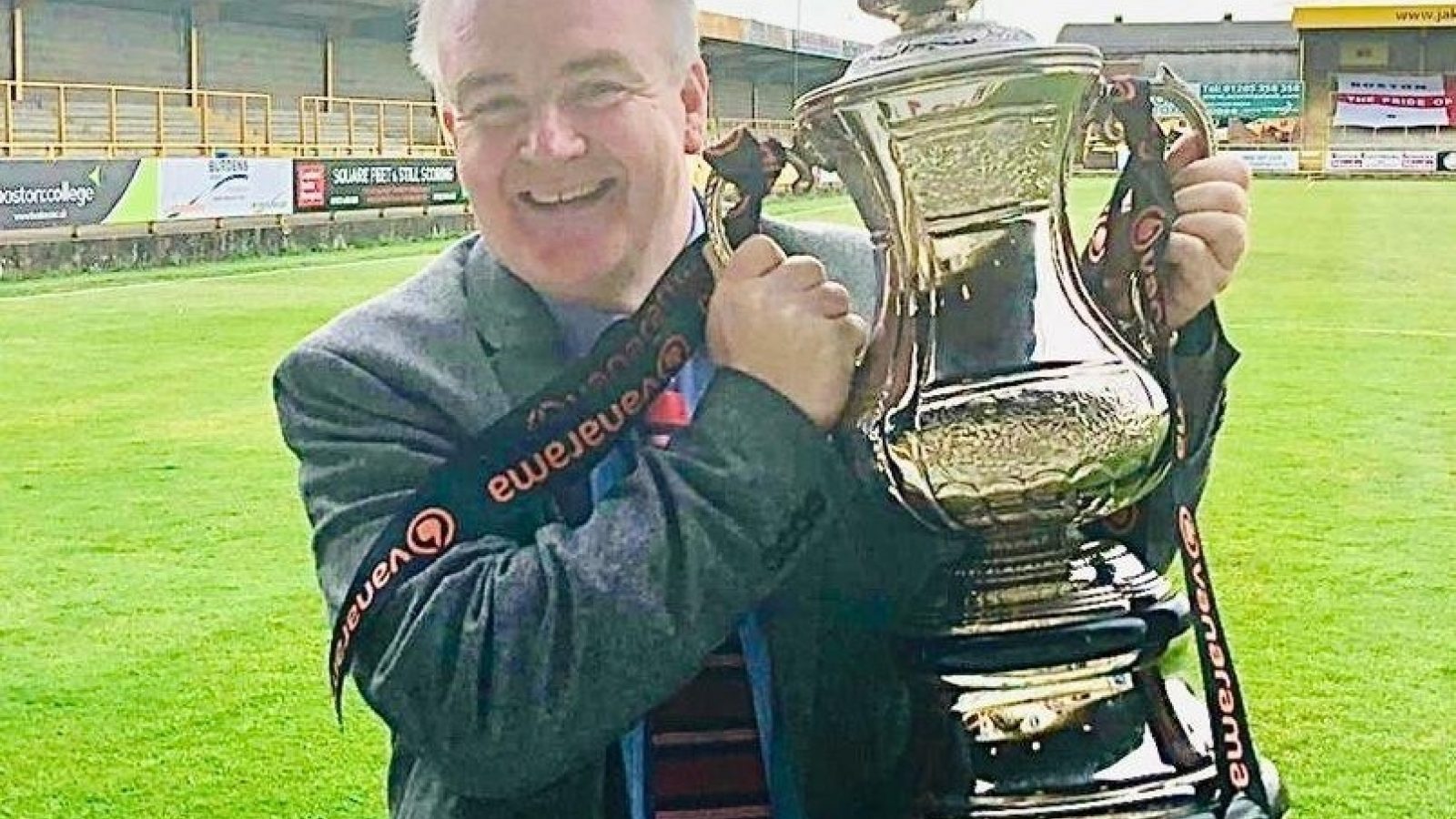 Another new season will be here before we know it, and while there’s huge excitement and anticipation among Altrincham supporters at our return to non-League’s top flight, it is accompanied by an inevitable air of uncertainty over how much disruption will be caused by Covid-19.

As promised on the club’s website last weekend, co-chairman Bill Waterson has diligently researched the thorny subject of what we can expect in the Vanarama National League and has compiled his findings in an attempt to shed some light on the format for the months ahead.

To kick things off, here are some bullet points:

*Our National League season will start on Saturday 3rd October

*The League will not start behind closed doors, but capacity at The J.Davidson Stadium is likely to be limited initially to 1,181 and then (hopefully soon after) to 2,362

*We will be selling season tickets, which should go on sale in the next few days

*Ticketing will be electronic and tickets will be sold in advance in the vast majority of cases.

*There will be constraints on how The J. Davidson Stadium is used on match days due to Department of Culture, Media and Sport, FA and National League regulations

*We believe Alty fans will be able to attend two of our away pre-season friendlies and hopefully one at home, too

And now in more detail:

The forthcoming season is likely to be the toughest to date for Altrincham FC. Not because we are back in The Vanarama National League, though that is a challenge in itself, but because of the constraints Covid-19 will impose on the club and our spectators.

We promised an update at the start of this week, but the guidelines have changed twice whilst I have been writing this piece. Still, we wanted to give you as much information as possible as quickly as possible, and so the decision was taken to publish, though I must stress that while this data is valid at the time of writing (19th August), it is subject to change at a moment’s notice.

We will maintain a flow of up-to-date information as best we can over the coming weeks to make sure our fans can easily find out the latest position about next season and our plans for it.

The regulations around next season are being driven by at least four bodies; the Department of Culture, Media and Sport (DCMS), Trafford Borough Council, the FA and the National League, and the rules are not always aligned, often for reasons no more complicated than timing.

This is simply because the regulations around the play-offs were passed several weeks before those relating to friendlies. And now we have a position where Stages 3 and below are allowed crowds whereas Stage 1 (where Alty now play) and Stage 2 (National League North) are not. This anomaly is again a timing issue, as new regulations for attending football matches at Stage 3 and below were issued this week by the DCMS.

Our season in the Vanarama National League will kick off on Saturday 3rd October, in line with current government guidelines on elite sports, but it will NOT start behind closed doors, as the National League have wisely acknowledged that clubs at our level cannot survive without gate receipts.

If the DCMS delay the playing of elite sports in front of crowds, the National League season will be delayed in line with this, but that remains to be seen.

Therefore, we can confirm that, as things stand, Altrincham will play in front of a crowd when the National League season kicks off on Saturday 3rd October. We will play 46 league games, and 12 of them will be in midweek.

The National League are planning to minimise midweek travel, but, with so many fixtures, we are bound to have at least one high-mileage night game.

The League season will end on 29th May, with play-offs on the first three weekends in June and the promotion final at Wembley on the weekend of 19th June. Our FA Cup involvement will start in the fourth qualifying round on 24th October, and our FA Trophy campaign in the first round proper on 14th November.

The Government has outlined four stages for the return of football to stadia with spectators, and we are lucky enough to have completed stages 1, 2 and 3 by dint of competing in the play-offs. These stages were non-contact training, training with contact and football matches without spectators.

As already mentioned, these rules have changed since the play-offs, with capacity Covid testing no longer mandatory. We will therefore be revisiting our protocols for Stages 1 to 3 and ensuring that we still conform with the requirements.

This only leaves Stage 5 (apparently Stage 4 is not relevant for Association Football), which concerns itself with admitting spectators into grounds.

The guidance released this week for leagues below ours is that maximum attendances will be put in place per level at a much-reduced level from current capacities.

And there will be two phases for the return of spectators, with the capacity being set at 15% initially and rising to 30% for those clubs that have proven their ability to handle these numbers.

The capacities and limits for National League football have not yet been set, so our planning, for now, can only be based on the guidelines that apply to the leagues below.

Our latest Safety Certificate issued by Trafford Council in the last two months has increased the capacity of The J.Davidson Stadium to 7,873. A 15% capacity would therefore be 1,181 and 30% would be 2,362.

This latter figure is one we could happily work within for all but the biggest games, though it must be remembered we still await confirmation as to whether these numbers will apply to us.

There is still a great deal of work to be done on mapping out the ground in readiness for the percentages we have to work with, but we expect to be able to open for business based on a capacity of roughly the level mentioned.

We do plan to sell season tickets for the forthcoming season. I have seen a number of National League sides say the League has recommended that clubs do not sell season tickets, but neither Paul Carter, our secretary, or I can remember this from any of the many calls we have participated in over the last few weeks.

We will be announcing prices for ground admission and for season tickets shortly. We are also looking at offering season ticket payment options over the course of a few months to help you spread the cost and repay you in part for your massive contribution to the club over the last few months.

We had imposed strict guidelines for the NLN play-offs, with no admission to under-18s or over 70s, but we will be looking to relax these constraints for the start of the season, subject to DCMS guidelines.

The National League have made it clear all clubs must do their utmost to cater for away fans, with only distinct Health & Safety constraints being seen as a reason for not allowing their attendance.

Our fans can therefore look forward with some confidence to visiting the likes of Weymouth, Wealdstone, Hartlepool and Notts County and returning to Stockport County and Wrexham.

We are likely to move as much as possible towards mandatory e-ticketing for these games, in order to be able to manage the capacity and provide the base data for track and trace.

The pilot scheme from last Christmas onwards worked very well, and we can take advantage of this for next season. We will use the system to issue season tickets, which we expect will be a credit card type issue, which should speed up admission to the ground.

We may have to stipulate arrival times and entrance points for all fans. For example, we may not be able to use turnstiles, and admission may have to be via e-ticket through a certain gate at a certain time, with the potential for one-way systems inside the ground. We will keep you informed on this as the regulations and our thinking become clearer.

It is possible that fans will be allowed into pre-season friendlies, but currently admission will only be granted for away games at Step 3 and below.

We believe that this will give our fans two opportunities to watch the Robins in pre-season, but we are working with the home sides to confirm their plans, and the picture should be clearer before too long.

E-ticketing is likely to be the norm even for these friendlies. Subject to DCMS regulations, we would look to stage a home friendly, but this would be at the 15% capacity limit and would count as our “qualifying tie” for moving to 30% subsequently. This is all subject to DCMS, FA and National League approval.

From the above, you will see that the match day experience next season could well be very different from what we have become accustomed to. Equally, I hope it is apparent that, as a club, we are doing everything in our power to make it as enjoyable for you all as we possibly can.

There is still a lot of uncertainty, so much that could yet change, but there’s one thing you can count on - we will keep you informed every step of the way.

Thank you for your patience.