Tommo: if I get hit, I bounce up again and hit back harder - legally, of course! 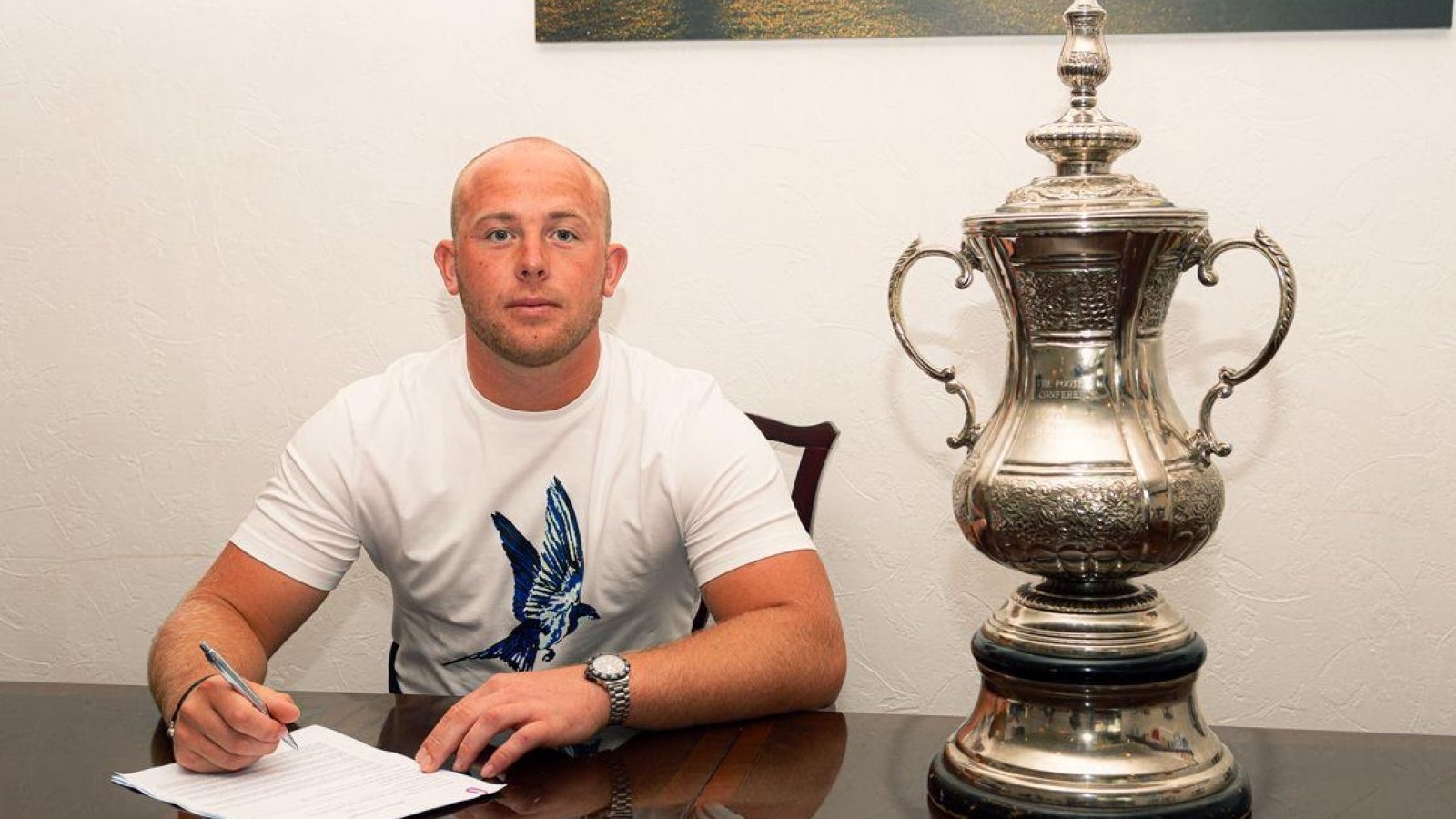 *Glove story ... start of another chapter for Tony Thompson after he signs a new deal. Picture by Michael Ripley.

He is one of the great characters of the Altrincham dressing room, and he's going to be putting smiles on faces for another couple of years at least after signing a contract that keeps him at The J.Davidson Stadium for the next two seasons.

Life at Alty wasn't always a barrel of laughs for Tony Thompson, though. Around 18 months ago, one of non-league's top keepers pitched up at The J.Davidson Stadium in the shape of Steven Drench, and one of the sunniest dispositions you could wish to meet suddenly found there was a cloud over his Alty future.

It wasn't allowed to hang around. When an early chance of redemption came Tommo's way, courtesy of an unfortunate injury to Drench, he reached out and clutched it in the same unerring way he deals with crosses from opposing wingers.

Alty's number one has got better and better over the course of the past two seasons, and after putting pen to paper in the boardroom at The J.Davidson Stadium, he reflected on a mental as well as physical resilience that helps him rise to any challenge and get the better of it, whether it be a threat to his place or being poleaxed twice in quick succession in the play-off semi-final at York.

You can tune in to his Alty TV interview by clicking on it, below. Press and media officer John Edwards asked the questions and Alty TV's Mark Bennett did the filming.