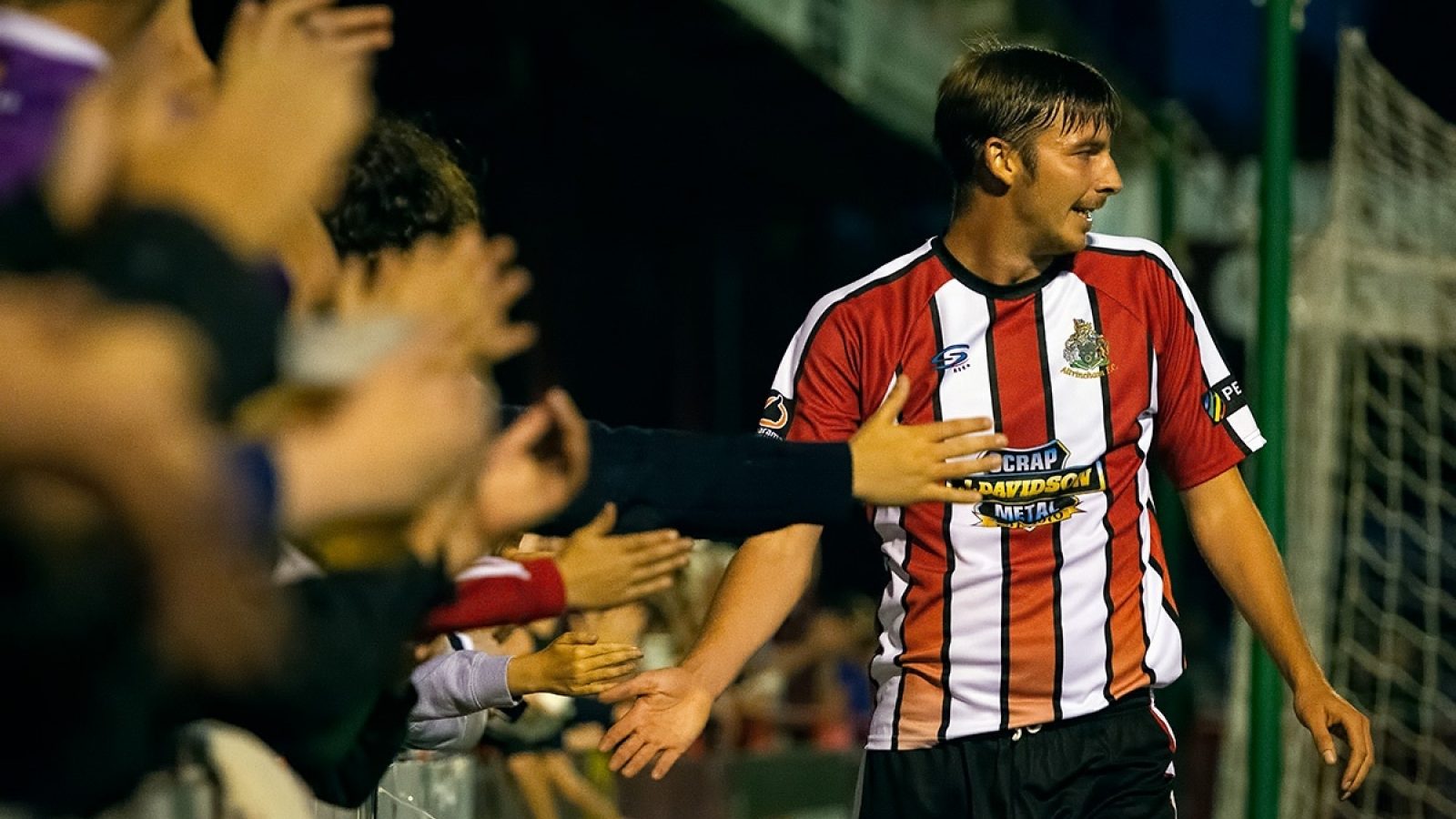 Altrincham have reluctantly parted company with Ben Harrison, following cordial talks between the club and the experienced, popular defender about his future.

The 28-year old centre-back was a pivotal figure in Alty's Evo-Stik Northern Premier League title campaign two seasons ago, marshalling the back line in masterly style and making over 40 appearances without picking up a single booking.

He was relishing the prospect of continuing in the same vein on Alty's return to the Vanarama National League North, only for injury to stop him in his tracks and severely curtail his availability.

With that in mind, and after assessing Alty's pre-season games to date, it was felt it would be mutually beneficial for the 28-year old to move on and seek a fresh start.

If bidding farewell to his team-mates and many friends and admirers at The J.Davidson Stadium will be tough for Harrison, it will prove just as much a wrench for manager Phil Parkinson, who has had five rewarding and successful years with the commanding central defender at Nantwich and Alty but suddenly found himself confronted by the toughest of decisions.

'It is with a heavy heart that I have to bring news of Ben's departure to the Altrincham faithful,' said the Alty boss. 'Both Ben and myself have decided that it's best for both parties that he moves on.

'I have worked with Ben for the best part of five years, and he has been a massive part of the success we've enjoyed together. I couldn't have asked to work with a better player and an even better person.

'Rodney (from Only Fools and Horses), as I affectionately nicknamed him, among other names the lads have bestowed on him, will be sorely missed. He is still a top player and will not be short of suitors - it's just something that happens in football sometimes that players move on and others come in to replace them.

'It's never easy, especially when the player is someone like Ben, who I will always class as a friend, not just a player I worked with. I wish him all the very best - wherever he ends up, he will be loved and a success.'