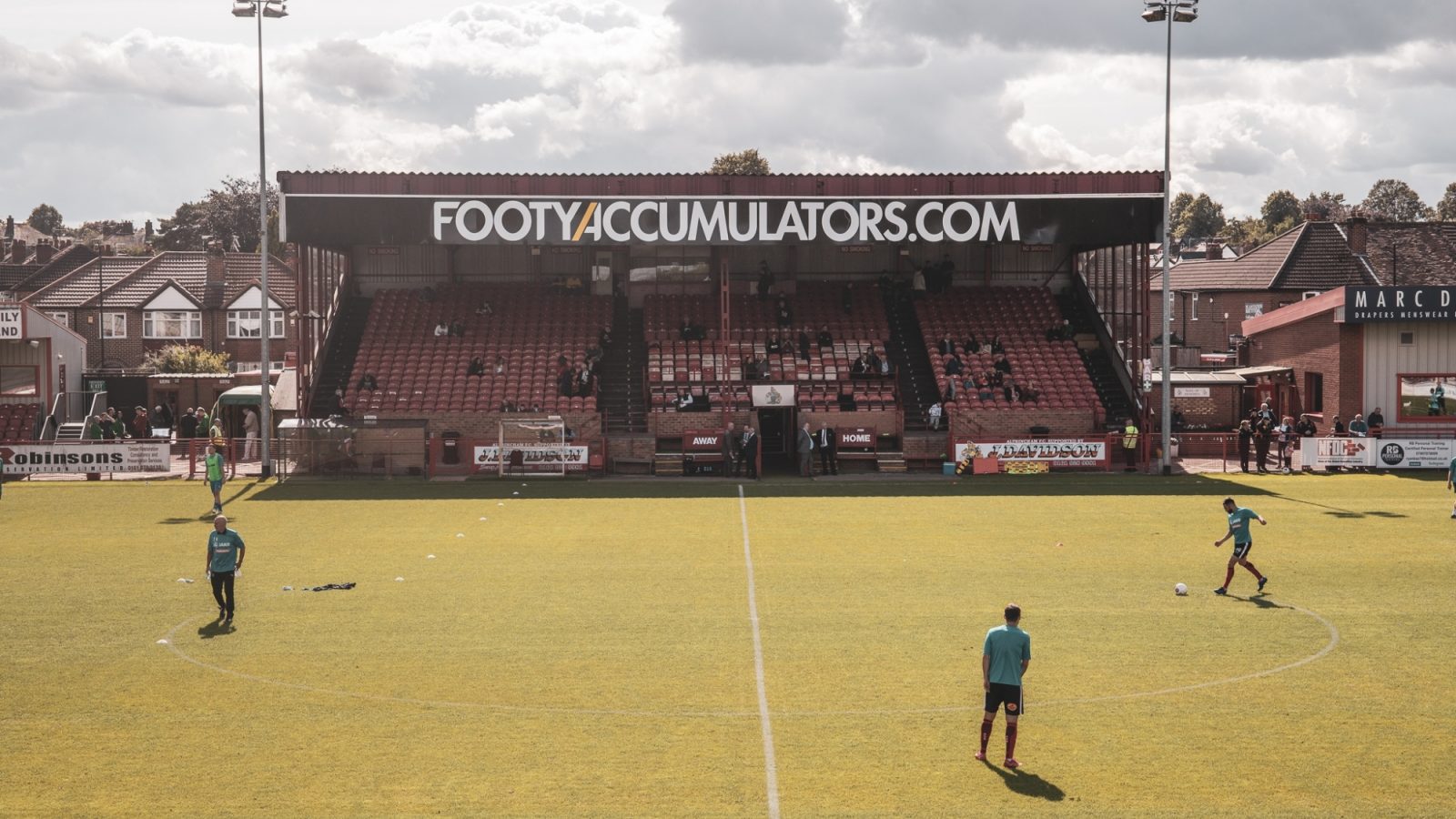 Apologies to all Altrincham supporters for the lack of updates so far this week on the question of capacity at The J.Davidson Stadium, but we have been working tirelessly behind the scenes to ascertain exactly how many of you we can accommodate for the visit of Southend United on Saturday afternoon.

Finally, we have an answer, but it is not one we wanted to convey to you, as the confirmation we have received is that capacity for this game will have to remain at 1,400, the same as it was for the Emirates FA Cup replay with Gateshead nine days ago.

We are incredibly disappointed to have to report this and tell you all that no further tickets are available, especially given the amount of work that has gone in over the last two weeks.

Extensive ground repairs have been undertaken, with many repairs completed, and a structural engineer has confirmed that both the Popular Side and the Golf Road are structurally sound.

In addition, we have greatly increased the matchday health and safety processes and the stewarding budget and upgraded many of our procedures by bringing in new operating practices in an attempt to address the concerns.

All to no avail – the ground will be set up exactly as it was for Gateshead, with the Popular Side and the Golf Road closed to spectators.  Southend United will occupy the Chequers End and the first bank of seats in the Family Stand.

Altrincham fans will occupy the remainder of the Family Stand, the Community Sports Hall terrace and the Main Stand.  We suggest that a section of the Main Stand is set aside for singers.

We had set the capacity of the ground at 1,200 through e-ticketing and paper ticketing, with the hope of being able to announce an increase in capacity late in the week. Southend had actually been issued with 600 tickets many weeks ago, before any ground restrictions were in place, and there had been an expectation that they might sell 400.  I must thank The Shrimpers for agreeing to halt ticket sales at 250 as part of our overall capacity management.

Once again, all those who have bought a ticket or sponsors lounge hospitality, along with all full season tickets holders, are guaranteed admission to the ground.  Unfortunately, Alty Junior FC Complimentary Season Ticket holders will not be eligible for admission for this game.  There will also be no tickets available for purchase on the day.  Please help us by not turning up at the stadium if you do not have a valid ticket for this game.

Further details on specifics around the game and accessing the ground will be published tomorrow.

We are on course to re-establish full capacity for the games over Christmas, and we are confident of an increased capacity for the Bromley game on December 11th.  We are being tested more than we thought possible this season, on and off the field.  And just like we responded in the best possible way on the pitch in our last two games, so we will off the pitch, too.

Thank you for your marvellous support in a season unlike any other. The end of the tunnel is in sight.