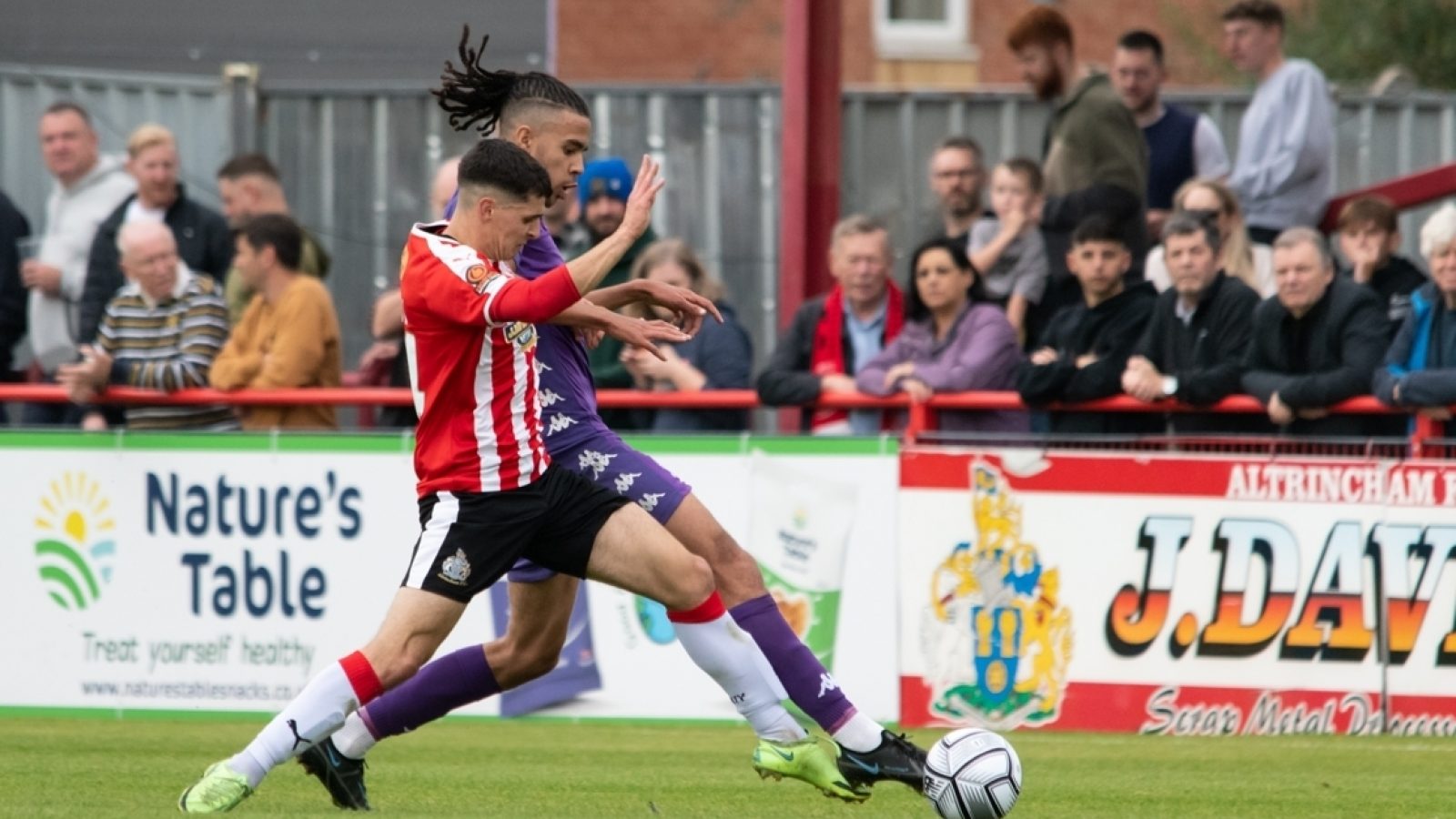 Following the serious injury suffered in the second half of yesterday's 1-0 defeat at Wealdstone, Connor Kirby was taken to St.Mary's Hospital in Paddington and has a double compound fracture of his left leg.

Club Director, Neil Faulkner and Football Director, Rob Esteva accompanied Connor to the hospital & his girlfriend arrived at 10pm to be with him.

The 23-year-old midfielder, who has had such a positive start to the season will be operated on today and will be in hospital for 5-7 days.

Everyone at Altrincham Football Club wishes Connor well with his operation and that he is able to make as speedy a recovery as possible from his serious leg injury.

We would also like to take this opportunity to thank Wealdstone for their help and support in ensuring that Connor, whose birthday was on Friday, received the help he needed.

Our talented medical team of Ryan Murray and Ryan Spencer, who were quick to act as per usual, ensured that the Harrogate Town loanee will get the best possible chance of returning to the pitch as soon as possible.

Further updates will be provided in due course.