View from the Opposition ahead of Alty's trip to Grimsby 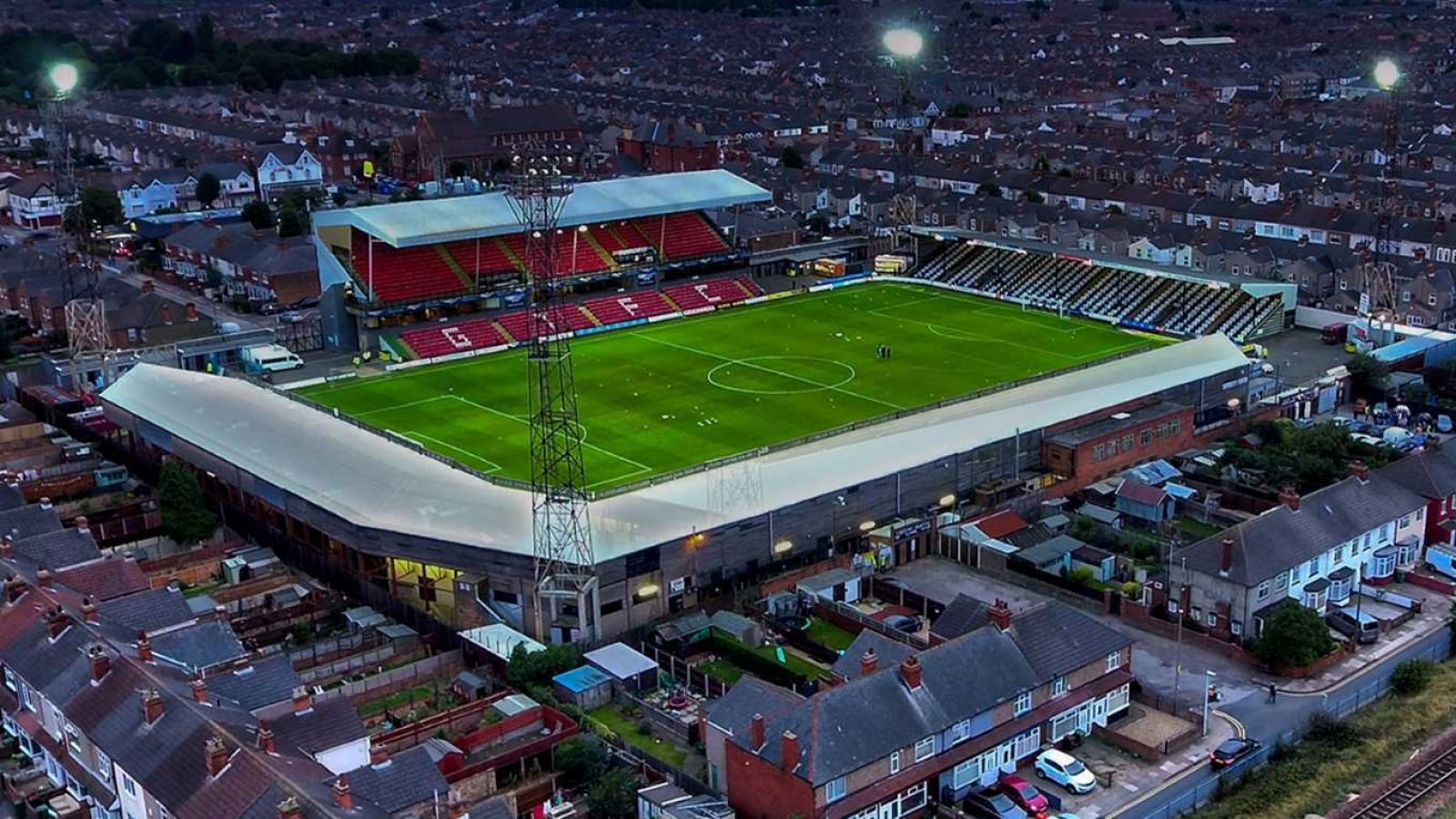 Since Grimsby’s 3-2 victory over Alty back in early October, both teams have seen their good early-season form dissipate. Grimsby have had some particularly poor results, including defeats against Wealdstone and Aldershot. Fred Welsman spoke to die-hard Mariners fan Chris Ward for an insight into their season so far and who Alty fans should watch out for.

Q: As a Grimsby fan, how do you and others within the fanbase view Altrincham as a club, and if you could steal one player from Alty who would it be?

A: A small club, but one that’s pretty well run and is punching above its weight as a team. Also one of the few teams that try and play football, not just long-ball merchants or scrappy physical games. Would have to steal Dan Mooney, goalscoring midfielders are hard to come by.

Q: Having dropped out of the Football League, what have the last few years as a Grimsby fan been like, and what were the expectations coming into this season?

A: Been a tough few years at the club, with an awful lot of uncertainty. Seeing the gradual decline over the past few years, relegation felt inevitable.

When Ian Holloway was appointed about two years ago, there was an awful lot of optimism, given his profile, but it became apparent he was out of his depth, and that essentially consigned the club to relegation.

After we had our takeover last year and appointed Paul Hurst, there was considerable optimism within the fan base that we’d bounce back and certainly challenge for the automatic promotion spot.

Q: At around about the halfway mark for you, are the fans unhappy with the season so far?

A: We’ve had a massive dip in form and have struggled to score goals in that time. I think because of our great start, as a fan base we know we’ve got a squad good enough to compete with the best in the league, so when they don’t it’s frustrating.

I think there’s a general sense of disappointment at our current league position, considering how we started, but we’re not out of the running for the play-offs yet.

Q: What style of play do Grimsby try to implement? Does your play depend on any particular players within the squad?

A: Under Hurst, we normally try to build a squad that is really tough to beat. His philosophy is solid defence, so you’ve always got a chance in the game, and then fast wingers to whip balls in. Without John McAtee, we’ve struggled to implement this.

Q: Who are your most dangerous players, and who are vital to your defensive effort?

A: McAtee is our most dangerous player - he was prolific at the start of the season. His injuries and suspension have coincided with our drop in form. Luke Waterfall has been a consistent performer at centre-back this season, and Michele Efete is an attacking right-back blessed with pace, so is very useful as well.

Q: Who is the best team to visit Blundell Park this year, and if you could steal one player from any club in the league who would it be?

A: The best team would be either Notts County or Chesterfield. And would have to steal Tshimanga from Chesterfield as you can’t really look past the top scorer in the league.

Q: If you could bring one of your old players back into the current team, who would it be and why?

A: It would be Craig Disley, our old club captain who left us in 2017. He was a box-to-box midfielder who gave everything to the club, had genuine quality and chipped in with big goals.

He wasn’t a big shouter or badge kisser but had a calm presence, and again was a player that liked to keep the ball on the carpet and play football. It was under his captaincy that we got promoted back to the Football League.

Q: Where around your ground or nearby could you recommend Alty fans to go for food and drink?

A: If you’re in Grimsby, you’ve got to have fish and chips as they’re probably the best in the world. I’d recommend Steels Corner House or Papa’s on the pier.

Both are about a 25-minute walk from the stadium. Near to Steels and Papa’s are a few pubs, ok for the away fans. Willy’s, The Colesium Picture House and The Nottingham are all nearby. A pub closer to the ground is the Rutland Arms, but sometimes this is just for home fans. There’s also a small bar in the ground called Scotties.

Q: And finally…what is your prediction for the game?