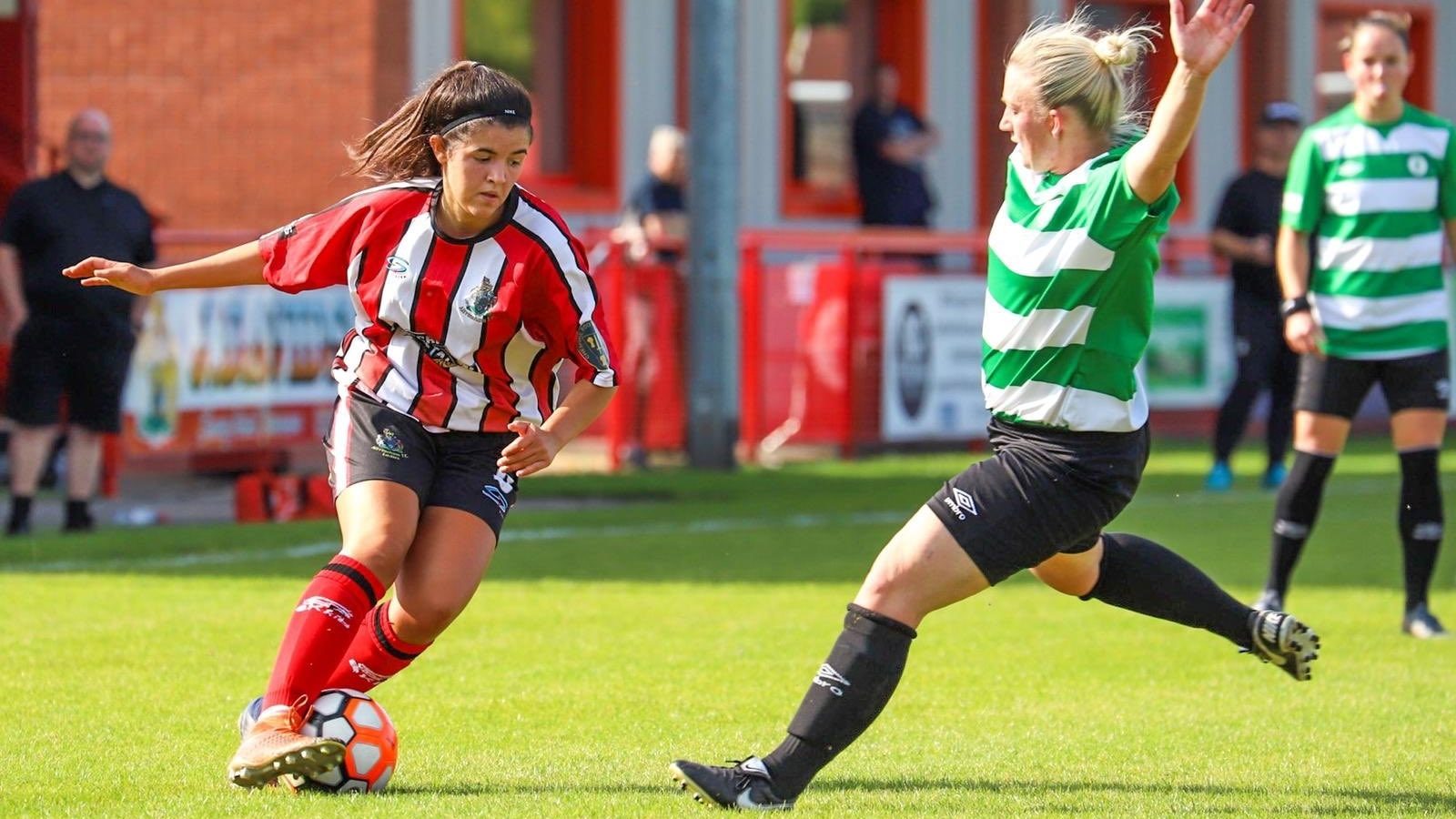 Altrincham FC Ladies bowed out of the Vitality Women's FA Cup at the Preliminary Round stage as Northwich Vixens scored a handful of goals without reply.

Missing a number of regular players due to injury & unavailability & having only played 1 pre-season game, the home side paid for a poor first half display conceding some sloppy goals, however there were plenty of positives to take from the big improvement in the Robins performance after the break.

Hollie Durkin calmly converted a right wing cross midway through the first half to open the scoring & Rebecca Francis-Jones scored in the 33rd & 44th minutes from less than a yard out, bundling in Michaela Thompson's excellent corner at the far post before being in the right place at the right time to finish a nicely delivered Rachael Deighton free kick that was flicked on at the near post.

In 1st half added time, the impressive Deighton calmly side-footed a 4th goal from 10 yards from another Michaela Thompson assist from the right.

Goalkeeper, Emily Marshall, who seemed to be struggling with an injury from the early stages of the game, wasn't able to resume after the break but Jessica Harding, who was an outfield substitute, proved more than a capable deputy.

Altrincham were measurably improved in all departments in a much more even second half.

Despite being over as a contest, the game developed into a much more interesting spectacle & in the final 25 minutes, it turned into the Jessica Harding show as the replacement keeper produced 4 excellent saves, including 2 fine one handed reaction saves that resulted in corners & a brave block to thwart a menacing Vixen that was bearing down  on the Alty goal.

Rachael Deighton broke through the Robins rearguard to complete the scoring for the Greens in the 78th minute & the crowd of 160 showed its appreciation at the final whistle for both teams. Northwich were the better team by a margin but Altrincham's fighting spirit & refusal to capitulate to a potentially very heavy defeat, gives cause for optimism for the impending season.