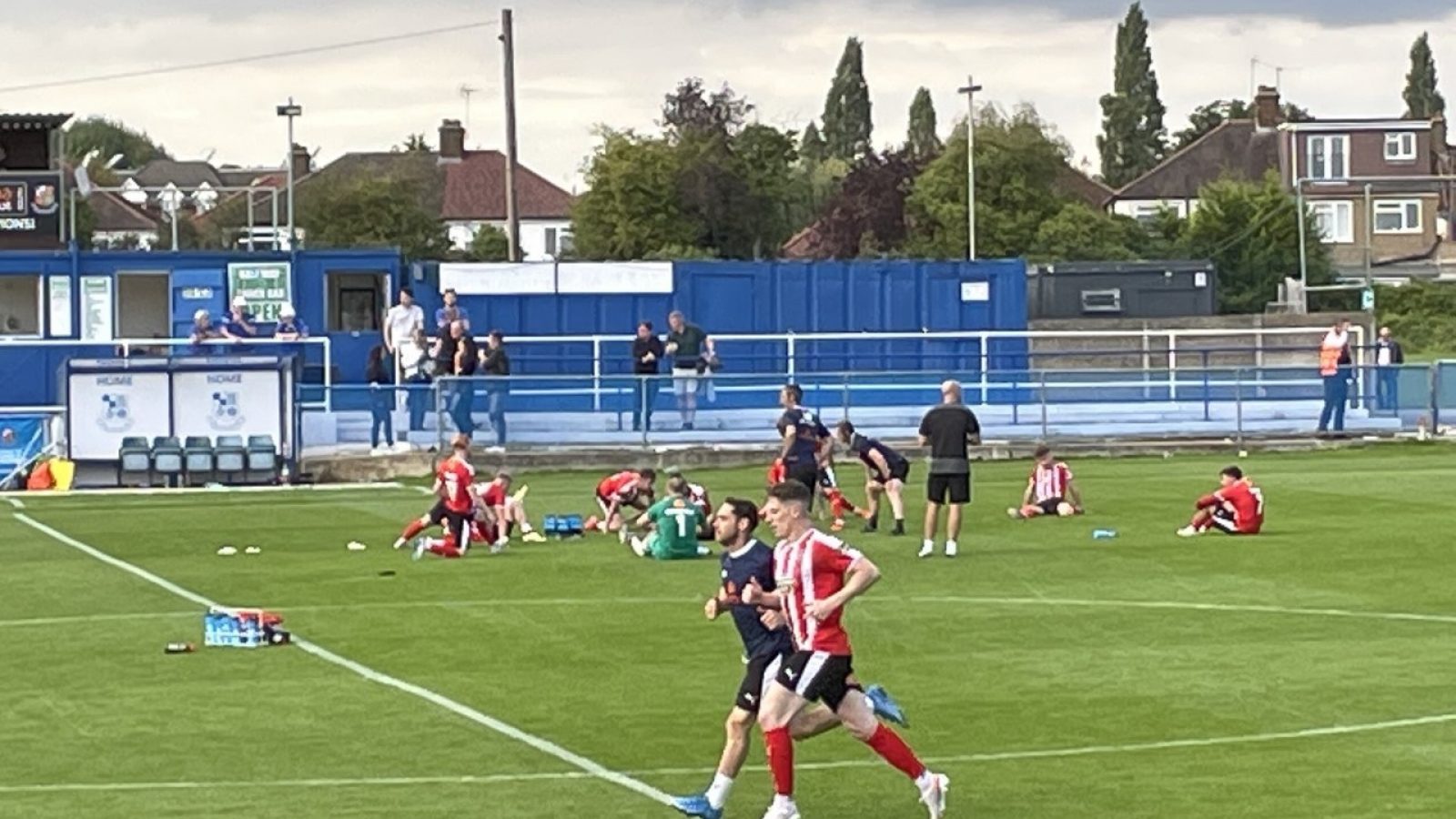 By Ed Painter at Grosvenor Vale

Phil Parkinson’s side were under the cosh early on, as Josh Umerah and Rhys Browne both caused the Alty defence plenty of trouble.

The Robins grew into the game, with Ryan Colclough and Marcus Dinanga firing into the side netting, before Dan Mooney curled the ball inches over the crossbar.

And with almost no time left on the clock, and after Brad Jackson was shown a straight red card, Alty were left stunned as the referee judged that Matty Kosylo had handled inside the area & pointed to the spot, with Elito stepping up to condemn Alty to their second defeat of the season.

With just over 1000 fans in attendance, the hosts looked to put down a marker early on, as Umerah looked to capitalise on a defensive error, only for Toby Mullarkey to get a vital touch, turning the ball behind for a corner.

Just two minutes later, only the heroics of Tony Thompson prevented The Stones from edging in front, with the ‘keeper pulling off an outstanding reaction save to leave Browne wondering how he hadn’t scored.

Following last weekend’s win against Dover, The Robins took a little time to warm into the game, with Mooney and Kosylo seeing efforts on goal comfortably dealt with by the home ‘keeper, before Dinanga blazed his shot into the side netting from a tight angle.

Less than five minutes before the break, the visitors had Thompson to thank for keeping the score level, as the Altrincham number one once again proved to be Browne’s nemesis, denying the former Sutton United winger with a smart save.

Alty felt as though going into the break level was the least they deserved. However, Mooney could have edged the Robins ahead after collecting Kirby’s low ball on the edge of the penalty area, only to curl the ball an inch or two at most over the crossbar.

Whatever Phil Parkinson had said to his side during the break seemed to be having a positive effect when in the 47th minute, a great run from Mooney allowed him to play Dinanga through on goal, only for George Wickens to block well.

However, Wealdstone soon settled back into the game but once again were cursing their luck in front of goal, as Dennon Lewis tricked his way into space, before pinging the ball right into Umerah’s path. The former Torquay striker could only head the ball well over from less than six yards.

In what was proving to be a closely contested encounter between the sides, tackles were flying in all over the pitch. However, with just under an hour played, the game was turned on its head when Kirby raced back to challenge the Stones’ attacker just outside the Alty box, only to suffer what looked to be a very serious injury, believed to be an open wound broken leg.

After a lengthy stoppage of around 10 minutes, while the Harrogate loanee received treatment from the medical staff, the game was able to resume, a challenging feat for both sets of players given the nature of the injury.

With time running out, the Robins looked the more likely to claim all three points, with Ben Pringle coming within a whisker of his first goal for the club in the 86th minute, skipping over a challenge, cutting inside his man, but bending his effort agonisingly over the bar,

The Robins were handed yet another setback as Jackson was shown a straight red card for a professional foul close to the half way line.

Still reeling but with mere seconds to hold on before the final whistle, there was still one more cruel twist left to come as the referee pointed to the spot for an apparent handball by Matty Kosylo. After a short delay, and despite Thomson guessing the right way, Elito fired Wealdstone ahead with what proved to be the only goal of the game.