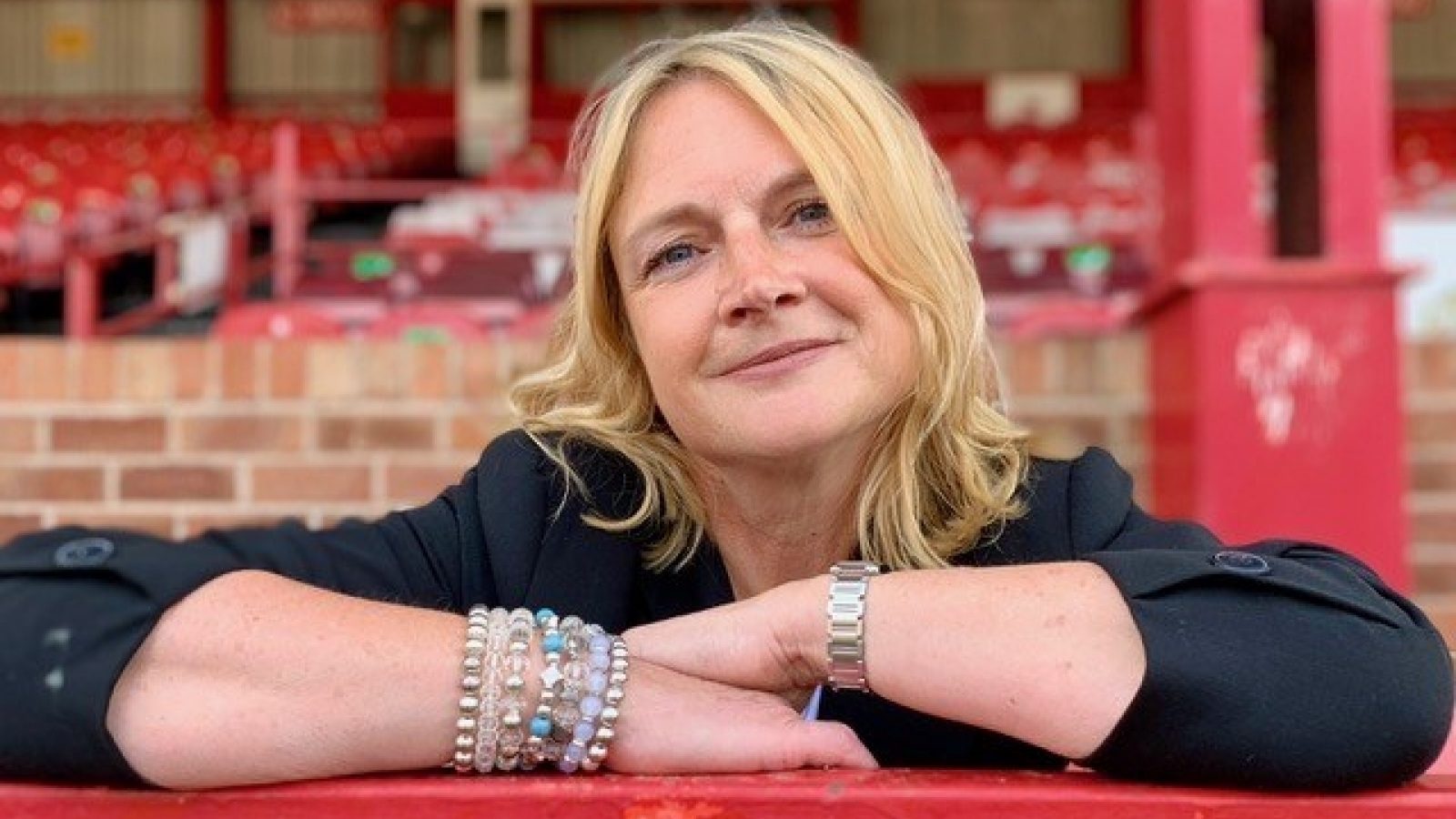 Altrincham are proud to present Samantha Mackenzie as the latest addition to an ever-expanding and increasingly-dynamic Board of Directors.

Sam, as she is known to everyone, becomes only the fourth female Director in Alty’s history after joining the club last September as Head of Partnerships and Sponsorship.

Her responsibilities were as the title suggests, and she soon set about strengthening existing relationships and forging new ones with a courtesy, thoroughness and attention to detail that made her an instant success in the role.

She was closely involved in the painstaking planning and preparation that made the recent Pitch In Appeal such a resounding success, paying particular attention to the corporate games that proved so lucrative for the club after being played on the pitch shortly before it was dug up.

Her renown for getting things done has been hugely beneficial to the club and led to her appointment to the Board, a development she reflected on by saying:

‘I am unbelievably proud and privileged to be the fourth female Director of Altrincham FC, and I feel honoured to have the opportunity to represent  the already amazing women associated with this club.

‘I look forward to helping set the agenda for the club for the next few years, in line with the strategy the Board have outlined, and continue the successes that has already been achieved.

‘The warmth and support I have been shown since joining the club has allowed me to make a contribution and have an impact that wouldn’t have been possible without it.

‘The sense of satisfaction at being part of a team successfully executing and delivering  the corporate five-a-side matches, and the Pitch In fund in general, was absolutely exhilarating at times - or perhaps I mean exhausting!

‘I have thoroughly enjoyed working with our various sponsors, who make such a valuable and significant contribution to the club, and I look forward to maintaining close links with them.

‘In a nutshell, my aim is to work to the very best of my ability, meeting my responsibilities on a daily basis and upholding the values associated with the rich history of Altrincham FC.

‘There are exciting times ahead, and I can’t wait for the new season to get underway and to see the ground full of our Alty family, cheering the lads on.

‘The club is going places. There is so much drive, ambition and forward-thinking on and off the pitch, and I can’t tell you how much it means to me to be part of it and to be given the opportunity to help keep things moving in the same direction. This truly is a wonderful time to be an Altrincham supporter.’

Boost the budget by becoming an Alty Patron now!

Alty co-chairman Bill Waterson welcomed the appointment of Sam, who follows in the footsteps of Carole Nash, Barbara Maunders and Carole Hassan as a female Alty Director.

‘During a season played behind closed doors, looking after our major sponsors and key partners has been more critical than ever,' he said.

‘And what Sam has done since joining the club is make sure that these key stakeholders are taken care of.  Sam has built new commercial relationships and deepened existing ones, and I feel there is a lot more to come as she takes up her position on the Board.’

Co-chairman Lawrence Looney added: ‘We are always looking to strengthen the board and increase our capability and capacity, and Sam’s appointment is a positive move in that direction.

‘She has made a significant impact since joining the club, and she will add to what is already a strong Board. Things are certainly moving in the right direction, but we need to keep growing our commercial revenue, and Sam will be key to that.’