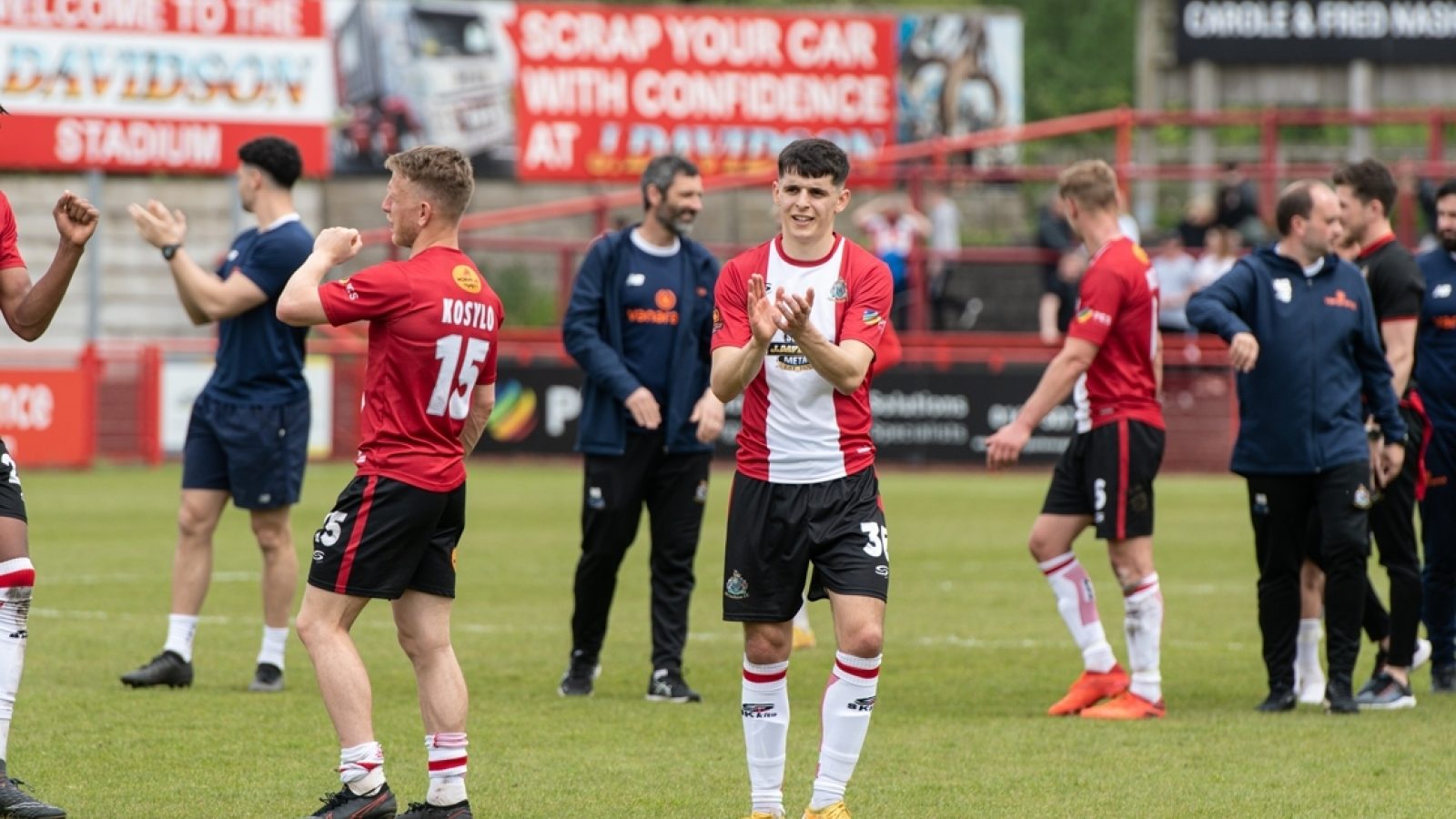 *I'll be back! Connor Kirby applauds Alty fans after the final game of last season against Torquay United. Picture by Michael Ripley.

Phil Parkinson has bolstered his midfield options for the new season by signing Connor Kirby on another extended loan deal.

The 22-year old impressed in Altrincham colours last season after arriving from League Two Harrogate Town in April and remaining at The J.Davidson Stadium until the end of the campaign.

When the opportunity arose to sign the energetic midfielder for a second time, Alty boss Parkinson wasted no time agreeing a temporary deal that will run until January 3rd.

In his first spell with the Robins, Kirby’s industrious, committed style repeatedly took the eye during a run of seven appearances, five as a starter and two as a used substitute.

Though his main contribution was in tirelessly covering the ground and linking up the play in midfield, he also showed he can carry a goal threat with an accomplished close-range finish to open the scoring in the 4-3 home win over Yeovil Town on May 22nd.

Though still nearly two months short of his 23rd birthday, the Barnsley-born midfielder can boast an impressive pedigree after sampling Championship football for Sheffield Wednesday and making a total of 50 appearances at League Two level for Harrogate and, on loan, Macclesfield Town.

Now the Robins can count on his stamina and passing ability for the first four months or so of the new campaign, and everyone at The J.Davidson Stadium wishes him a successful second spell at the club.

In addition, highly-rated teenage centre-back Will Hall and 20-year old forward Curtis Miller have both signed contracts for the duration of the 2021/22 season.