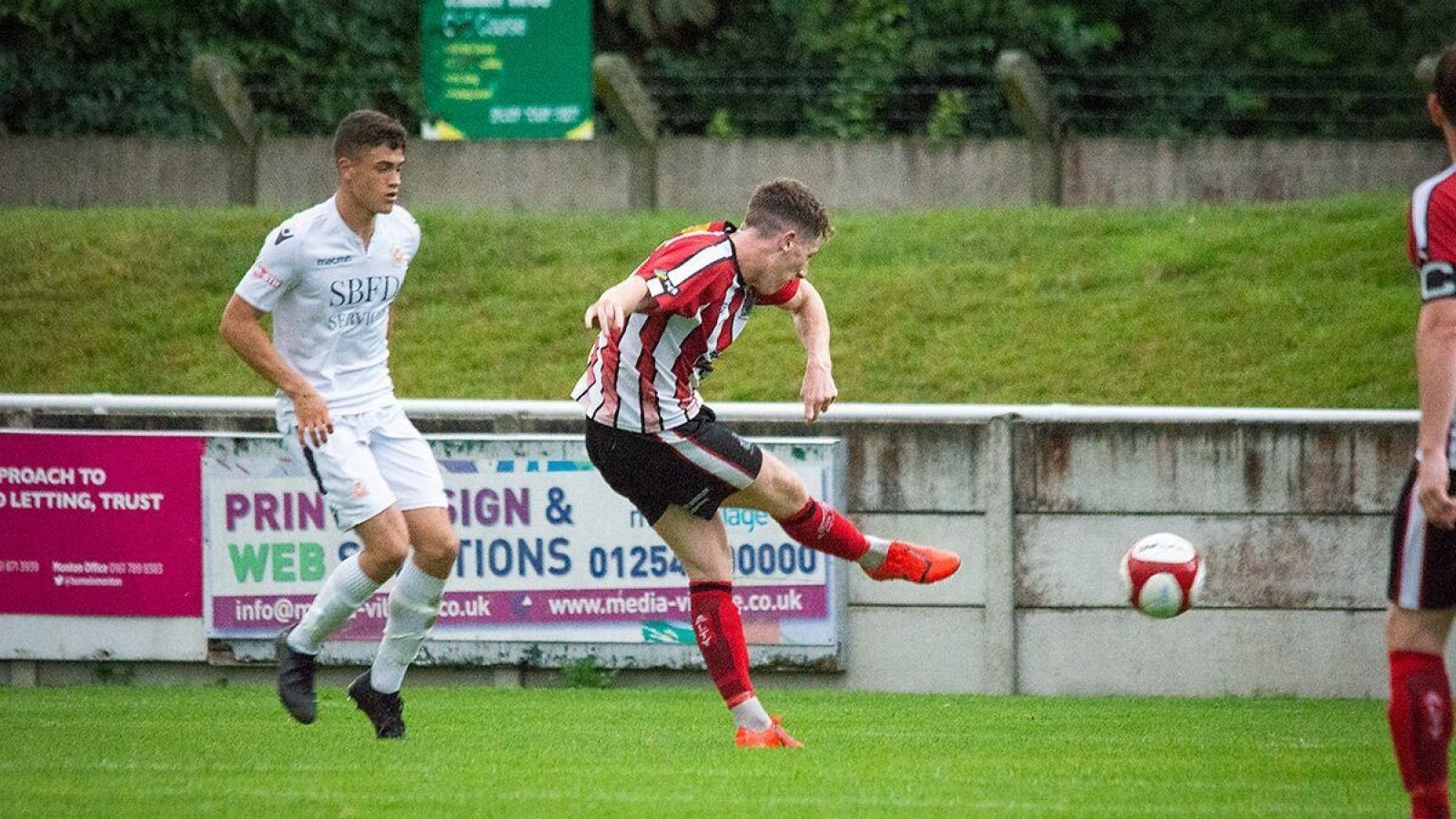 *Poacher Peers .. Tom Peers takes aim, and it's 1-0 to Alty at Trafford. Picture by Michael Ripley.

Phil Parkinson underlined the challenge facing Altrincham in the Vanarama National League North this season but insisted they had the strength and know-how to meet it head-on.

Alty launch another campaign against short-odds title favourites York City at The J.Davidson Stadium this Saturday on the back of three impressive wins from their last four pre-season friendlies.

The latest was a 2-0 success over a lively Trafford side on Tuesday night, and it reaffirmed Parkinson's belief that keeping the nucleus of last season's squad intact and adding two or three key signings should stand them in good stead.

'I certainly think the squad is in good shape, going into the new season,' said the Alty manager. 'I think we are in a better position now than at this point last year, because we are much stronger as a squad and more experienced.

'But as we improve, so the challenge becomes greater. Because of what we did last season, we will be a big target for other teams. That was evident from about halfway through last season, when teams began giving us a bit more respect and setting up to stop us, rather than coming to beat us.

'That's what we face, as well as virtually everyone else also improving their squads, but we will be doing everything we can to ensure we are good to go and ready to give it our absolute best from day one.'

Midfielder Simon Richman is a major doubt with a foot injury for Alty's tough start against York on Saturday and away to Chester on Tuesday night.

'That's the one downside to what has been a really good pre-season, because Simon has been outstanding,' said Parkinson. 'We've always known the ground he can cover, but he's starting to click with what we want from our players on the ball, and that makes him vital for us.

'There's one more training session for any last-minute fine-tuning, then we're off - and we've certainly done everything we can to give ourselves a chance of improving on last season.'