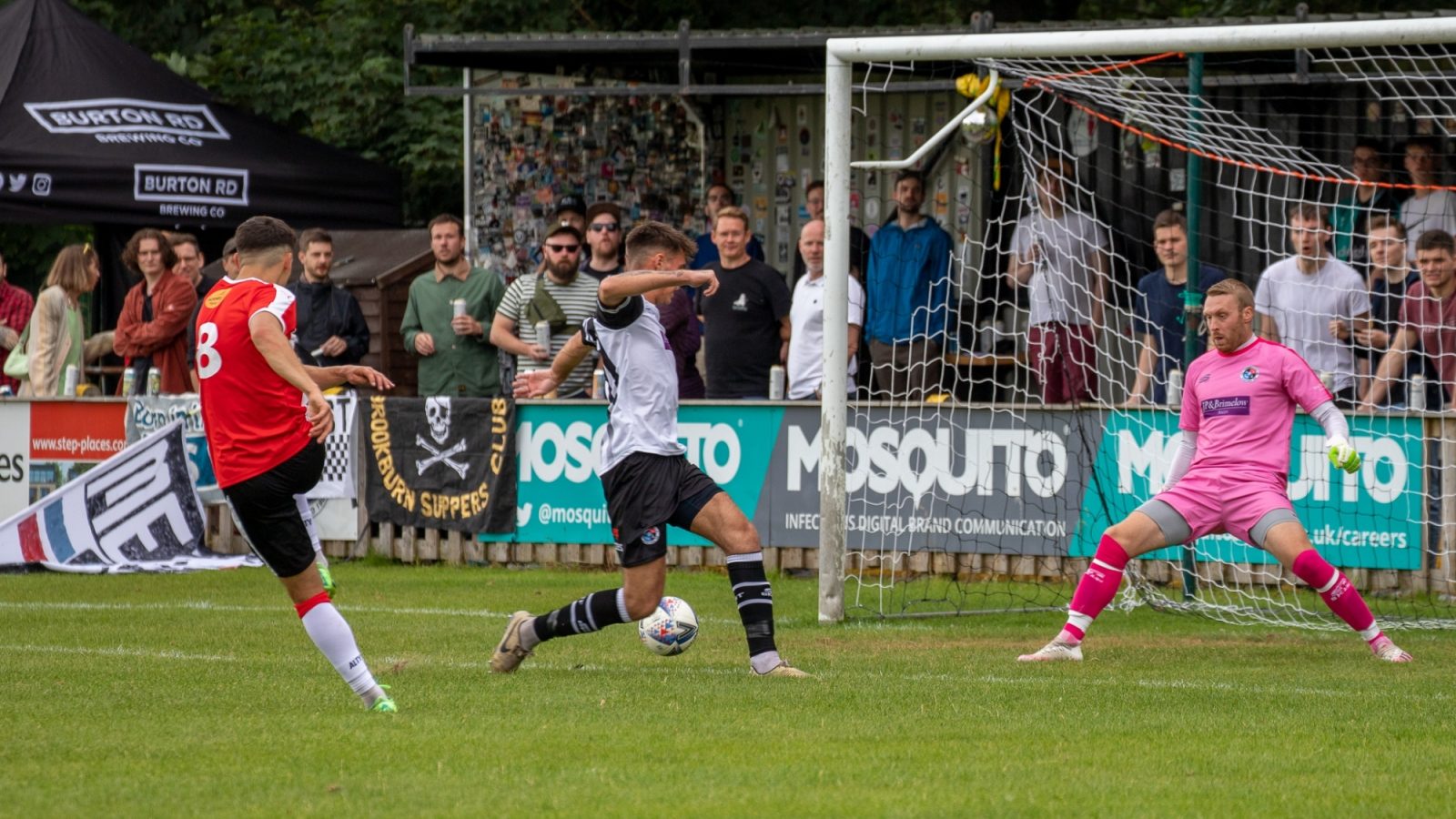 Altrincham started the pre-season with a 1-0 defeat at West Didsbury & Chorlton, the game being settled by a goal that would have been considered calamitous in a National League game but can be viewed as a pre-season learning experience as Kennedy Digie's backpass wasn't dealt with by Matt Gould & crossed the line before  the Alty keeper was able to recover.

A bright start by Alty was brought to an abrupt halt in the 9th minute by Digie's own goal & gave the North West Counties First Division South side a huge boost in their final pre-season game before their league campaign starts next Saturday with a trip to Alsager Town.

Unsurprisingly, their was little cohesion in the Robins' performance, although Brad Jackson (see photo below) went close  to equalising with a deft effort that looped over former Alty keeper Andrew Jones but just cleared the bar & landed on the roof of the net.

The biggest disappointment of the game from Alty's perspective came just after the half hour mark, when Matt Gould fell awkwardly, sustaining a gluteal muscle injury. Following lengthy treatment from Ryan Murray (see photo below) Gould had to be replaced by former youth team goalkeeper, Liam Blackburn.

Alty dominated possession after the break but found it difficult to create chances against a well organised West defence.Connor Kirby, who put in an industrious performance, drilled a low shot just the wrong side of the post but Jones in the home side goal had a pretty straightforward afternoon, rarely being called into action.

"This game was always going to be tough as we have thrown 11 players in who haven't played together before, therefore those connections & combinations are not going to be there at the top end of the pitch & that's what we saw today".