What's your main strength? I asked. Scoring goals, came the reply, quick as a flash. That was it - I knew we had our man 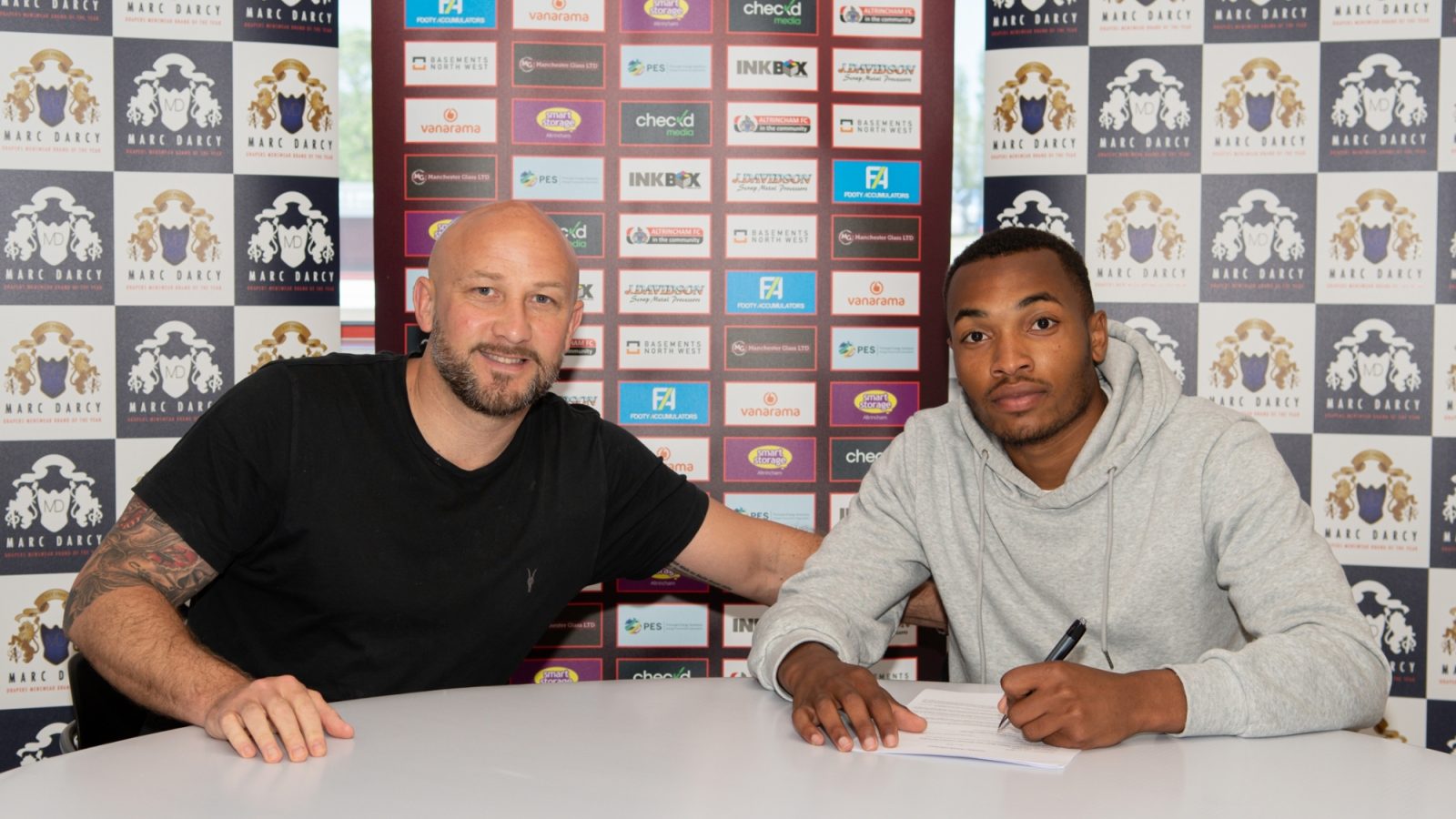 Phil Parkinson admits it has been 'a painstaking journey' finding a new number nine, but he is convinced it will have been worth the wait, once Altrincham fans catch sight of new signing Marcus Dinanga in action.

We brought you an Alty TV interview with Marcus, here on the club's website yesterday, alongside the announcement that he had joined us from League Two Stevenage.

Press and media officer John Edwards also conducted audio interviews with Phil and Marcus, and they are reproduced in full here, starting with the boss.