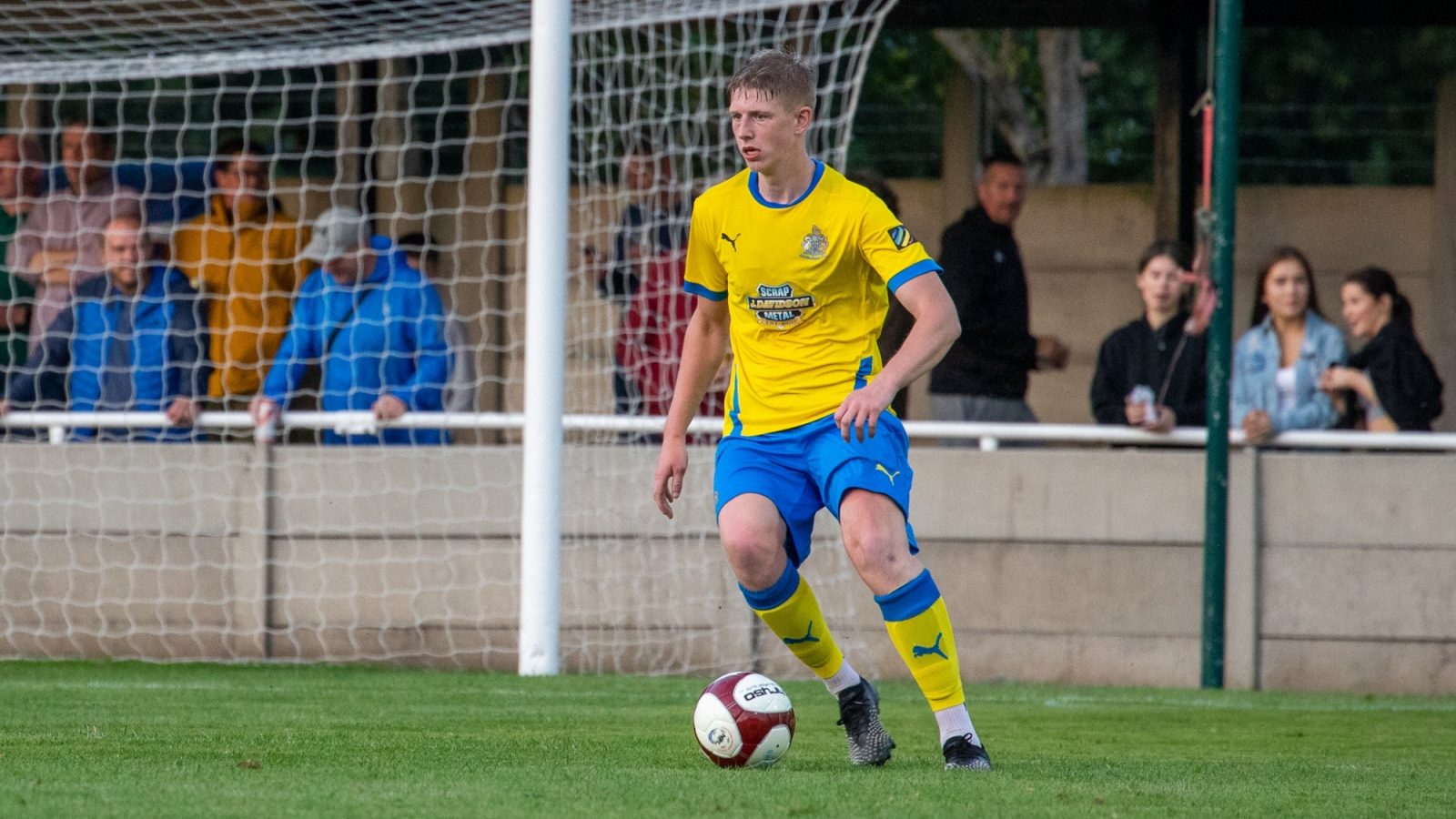 Will Hall has completed his loan spell at Ramsbottom United & joined Ashton United in another loan deal.

Will, who is in his 2nd season at Altrincham, having had a loan spell with Whitchurch Alport, then in the North West Counties League, celebrated his 20th birthday on Wednesday & has been at The Pitching In Northern Premier League-West side since the start of the season, having featured during a number of pre-season games for the Robins, the last of which was at Trafford in August, where he is pictured above by Jonathan Moore.

The Ramsbottom based central defender has impressed at his home town club & continues his development by moving from Step 4 to Step 3 in the non-league football pyramid, having attracted the attention of Ashton United manager, Michael Clegg & he is available for their Tameside derby at Hyde United on Saturday in The Pitching In Northern Premier League-Premier Division.