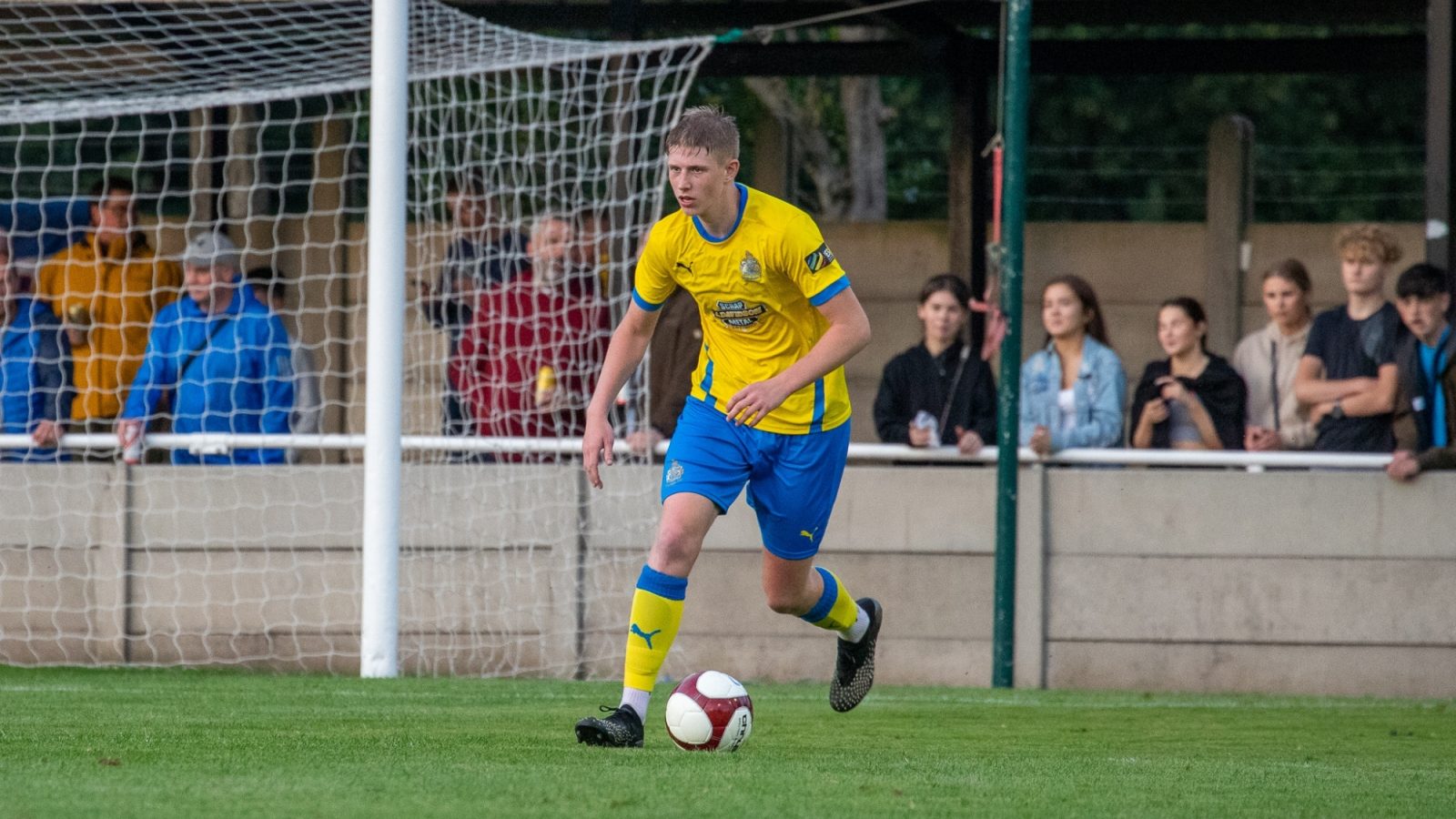 Will Hall, pictued by Jonathan Moore above, started Tuesday night's friendly at Trafford.

Will Hall has joined Ramsbottom United on loan for a month & is eligible to play in their Pitching In Northern Premier League-West opening game at City of Liverpool FC (who now play at Vauxhall Motors' Rivacre Park ground) tomorrow.

The teenage central defender has featured in the starting line-up for the pre-season friendlies at Bradford (Park Avenue) & Trafford & has also turned out for his new loan club during their pre-season schedule.

Hall, who lives in Ramsbottom, is eligible to play in next week's Emirates FA Cup Preliminary Round tie at Barnoldswick Town, but is not eligible to play for The Rams in The Buildbase FA Trophy.