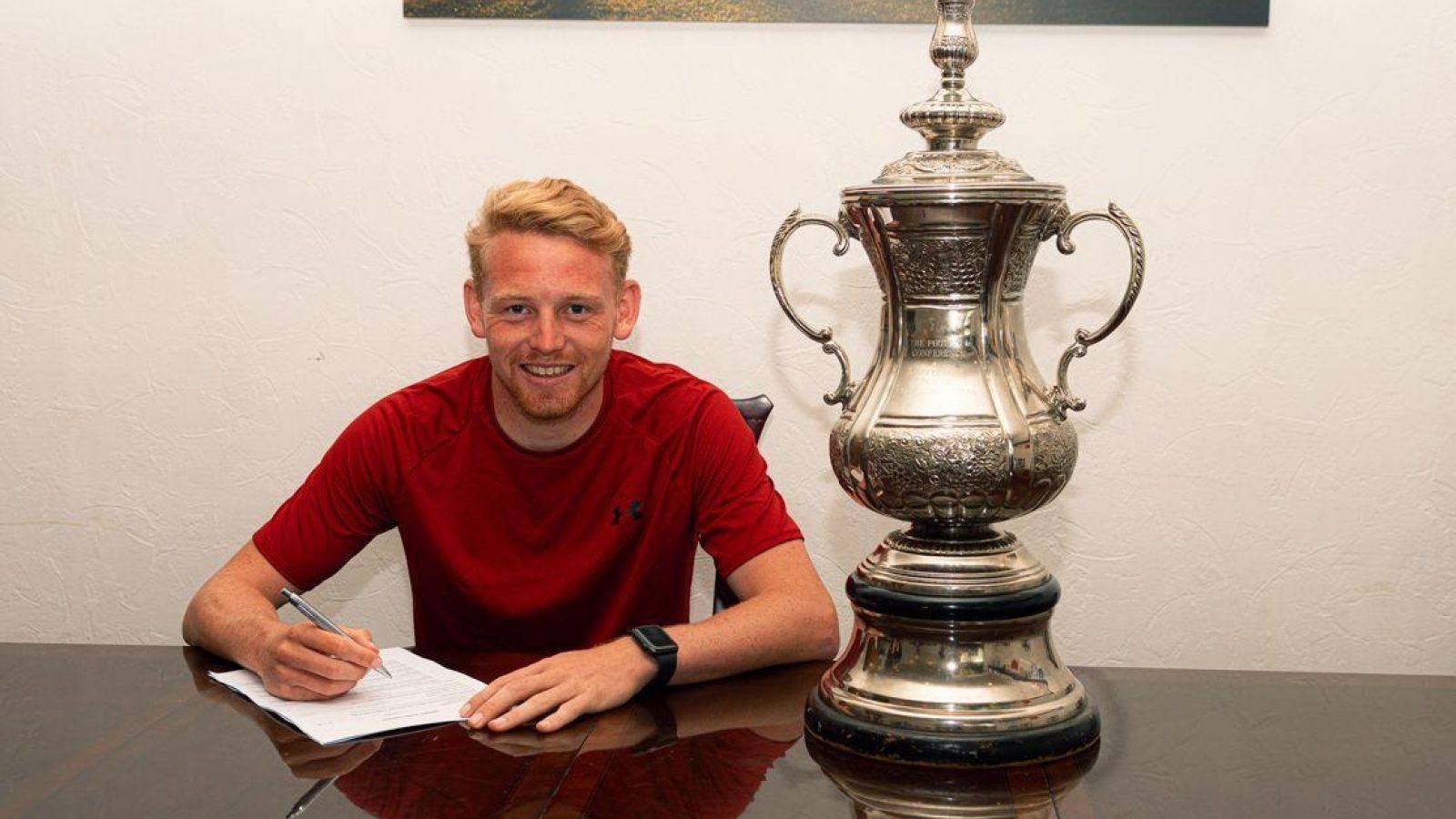 *Top effort .. Sean Williams is congratulated by team-mates after one of his set-piece specials. Picture by Michael Ripley.

It was the visitors who almost took the lead in the sixth minute, from a cross that found Danny Rowe, who headed narrowly wide from an inviting position.

However, it was Alty who took the lead 21 minutes later through an assured Arnold finish. This came after some lovely play through the middle and down the right from Conor Branson and John Johnston, whose low cross found Arnold.

Only 12 minutes after that, Fylde almost grabbed an equaliser. Rowe’s goalbound header was deflected on to the crossbar by Tom Hannigan, and the follow-up effort was cleared off the line by Connor Hampson.

The Robins doubled their lead in the 40th minute with a low driven free-kick from 20-yards by Williams that comfortably beat the Fylde keeper.

Just before the break, Steven Drench was called into action, as he made two saves in quick succession. The half-time whistle blew with Altrincham having a deserved 2-0 lead.

Both sides remained unchanged for the start of the second-half. Nine minutes into play, Fylde grabbed a goal back through Rowe. Alty headed a corner away but only as far as Rowe who’s volley found the left corner of Drench’s goal.

The Coasters’ converter became a cruncher when his heavy tackle lead to Simon Richman requiring treatment and ultimately being subbed off for Josh Hancock in the 56th minute.

Only a minute after, Fylde almost equalised, but Drench saved admirably whilst on the floor, kicking the ball over his head and clearing off the line.

The Altrincham defence were called into action to prevent Rowe again, Hannigan closing down the away side's striker before sliding in front of him and stopping Fylde from having a clear shot on goal.

The Robins grabbed their third of the afternoon with another low driven free-kick from Williams, this one hitting the inside of the post and finding the net.

With 10 minutes to go, the home side made a double change - Drench and Arnold made way for Tony Thompson and Lewis Walters. Three minutes later, Phil Parkinson made another change to his side, with Shaun Densmore replacing Hampson.

Five minutes before time, Alty made another double substitution, with Jordan Hulme and James Jones leaving the field and Tom Peers and Toby Mullarkey taking their places.

The final whistle blew with Altrincham 3-1 winners. A deserved win for the Robins, who were the better side over both halves. Alty have one more pre-season game on Tuesday evening at Trafford FC - this before their opening league fixture against York City next Saturday at The J.Davidson Stadium.