Win-Wynne for Alty as Elliot signs on! 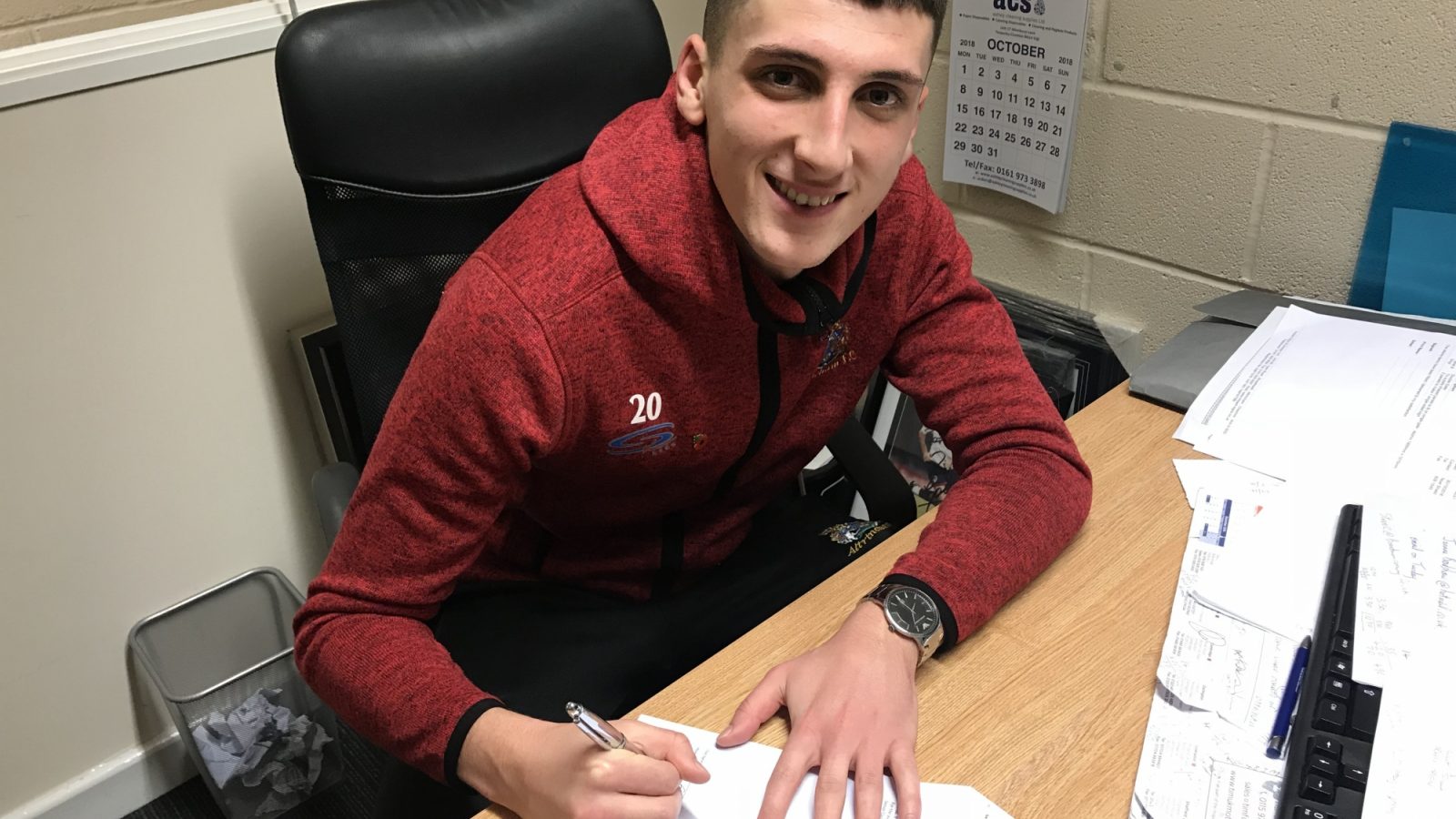 Altrincham have made a positive move to keep Phil Parkinson’s in-form squad intact by awarding a contract to highly-rated young keeper Elliot Wynne.

Wynne, who turned 21 last week, joined Alty on non-contract terms at the end of July after impressing in training and pre-season games. He first took Parkinson’s eye with his Emirates FA Cup heroics for Abbey Hey against Alty last season, and the Robins boss was delighted when he accepted an invitation to compete with Tony Thompson for the number one jersey.

Agile and commanding, he soon confirmed his potential after making the most of an early opportunity in the starting line-up, particularly in the 3-2 win at current Vanarama National League North leaders Bradford Park Avenue two months ago, where his safe handling under pressure late on drew praise from skipper Jake Moult.

Thompson’s form since regaining his place underlines the importance of having two accomplished keepers to provide a level of competition that keeps both on their toes. With this in mind, it is being seen as a significant breakthrough that Wynne has signed a contract for the rest of the season, sending out a clear signal to any potential suitors that he has a future at The J.Davidson Stadium.

The move comes just a couple of weeks after striker Tom Peers was lured away by FC United of Manchester and demonstrates the regard in which Wynne is held by Alty boss Parkinson and his coaching staff.

Welcoming the news, Alty director Rob Esteva said: ‘We’re delighted Elliot has signed a contract at the club. It is easy to forget he has only just turned 21, but he has made a good impression since joining us, and I am confident he can develop even further, here at The J.Davidson Stadium.’