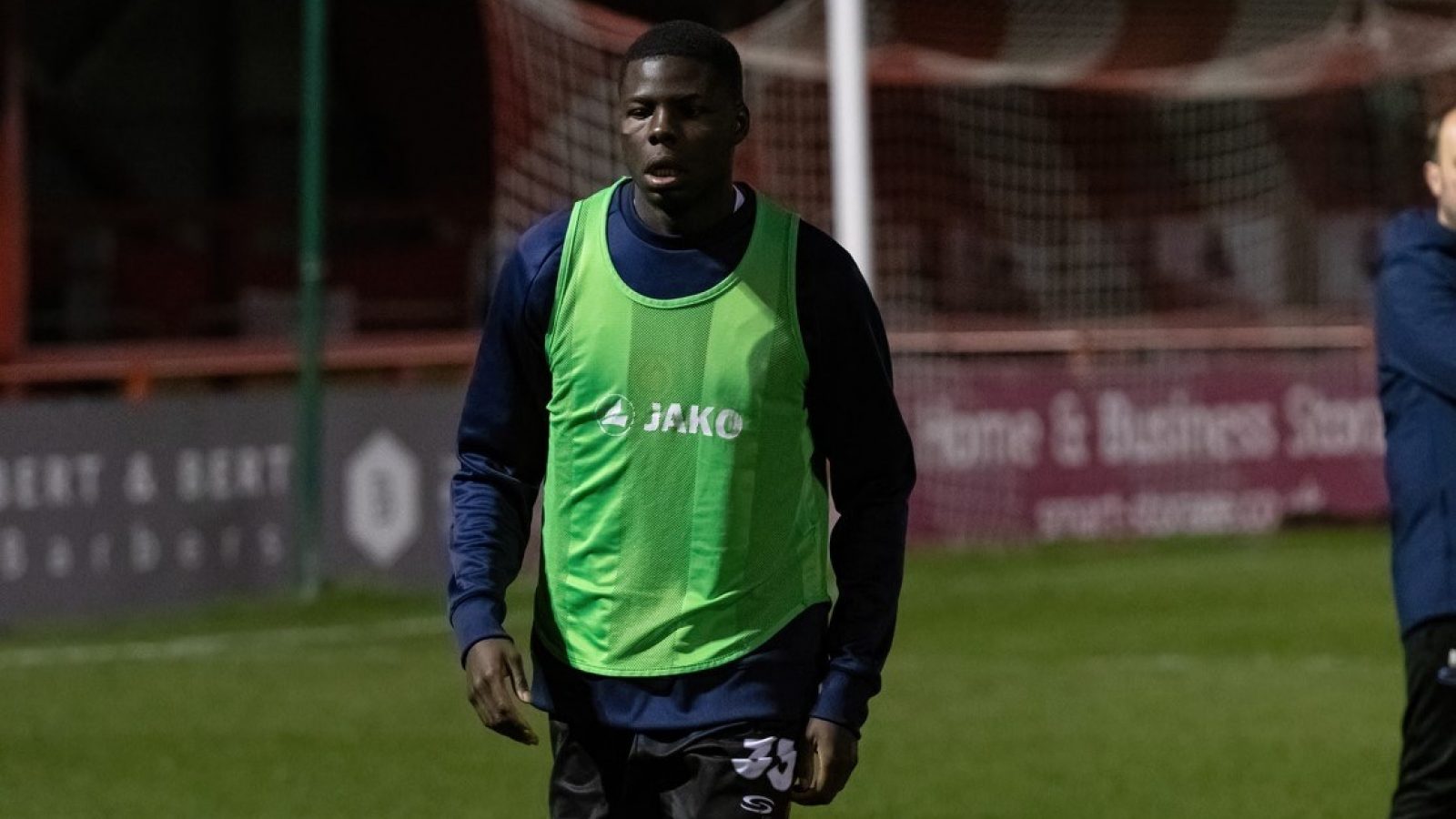 *Zouma call .. and the message is you're staying another two months, Yoan. Picture by Michael Ripley.

Yoan Zouma is staying with Altrincham for the rest of the season after Barrow agreed to a loan extension for the towering 22-year old defender.

Signed on an initial one-month loan at the beginning of last month, Zouma went straight into the starting line-up and made an impressive debut with a commanding performance in Alty's 1-0 over Woking at The J.Davidson Stadium.

He played the full 90 minutes against Hartlepool United and Aldershot Town and started the reverse fixture at Woking on March 16th, only to be replaced at half-time after sustaining a hamstring injury.

The 6ft 4in Frenchman, a forceful figure in the centre of defence, returned to training this week and is ready to play a part in this season's run-in, as Alty bid to finish as high as possible in the Vanarama National League.

The club would like to thank Barrow for their co-operation and wish Yoan every success during his extended stay at The J.Davidson Stadium.