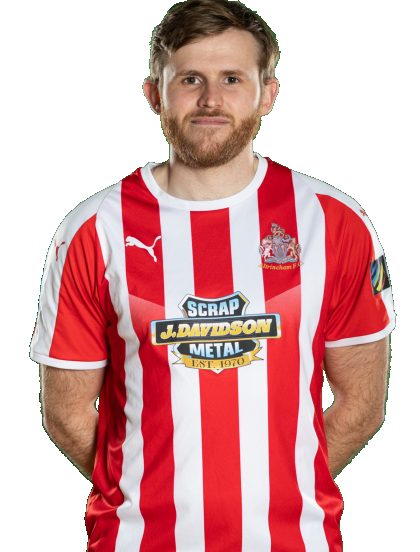 Andy is another player to have featured under Phil Parkinson at Nantwich, although he joined after a spell at Southport. Most comfortable at left-back, Andy showed his versatility by operating at both centre back and left back for the Robins.

Whilst at Nantwich, Andy had been named player of the season on three consecutive occasions, as well as being named in the EvoStik team of the season in 2016 and 2017.