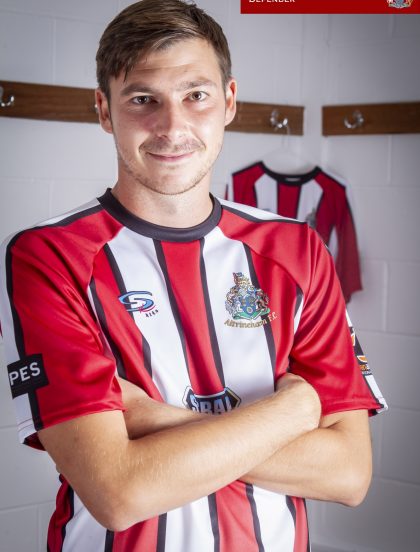 Centre-back Ben joined at the start of the 2017/18 season and quickly became established as a key member of Phil Parkinson’s squad. Despite making over 40 appearances in his first season for the Robins, he did not pick up a single booking, an impressive achievement for a centre-back.

Ben began his career in the Cheshire League with Barnton and Lostock Gralam before making the step up to EvoStik football with Witton Albion. Later, he played for AFC Telford before joining Nantwich where he played under Phil Parkinson.