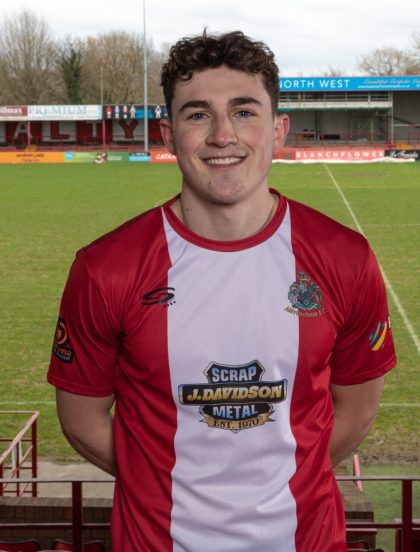 Hard working striker Piggott joined Alty on loan from Wigan Athletic in February 2019. He scored a hat trick shortly after joining, in a 6-0 win over Curzon Ashton.
Joe began his career in the academy systems at Everton and Rochdale, before then spending time in Scotland with Dundee, followed by a short spell with Warrington Town. He made his League debut whilst on loan at Morecambe in 2018.