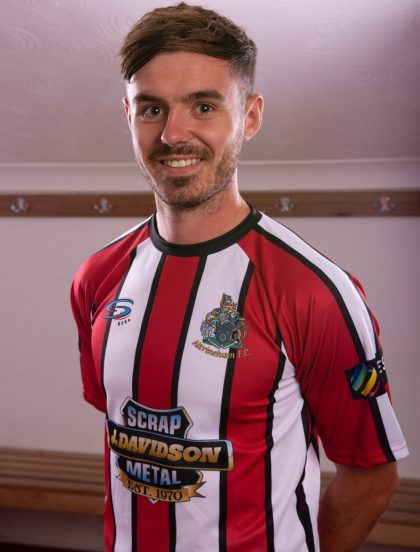 Skilful and pacey winger John Johnston was Phil Parkinson’s first signing and he quickly established himself as a fan favourite amongst the Alty faithful. Known for his impressive runs down the wing, JJ was a key part of the attacking team that won the EvoStik in 2017/18, scoring 20 goals in all competitions in his first season.

John began his career with Kidsgrove Athletic before making the move to Leek Town. His performances for Leek were so impressive that he earned himself a move to Crewe Alexandra, from where he went out on loan to Leek, Alfreton and Salford City, before he signed for the Ammies on a permanent basis. He later spent time on loan at Nantwich under Phil Parkinson.