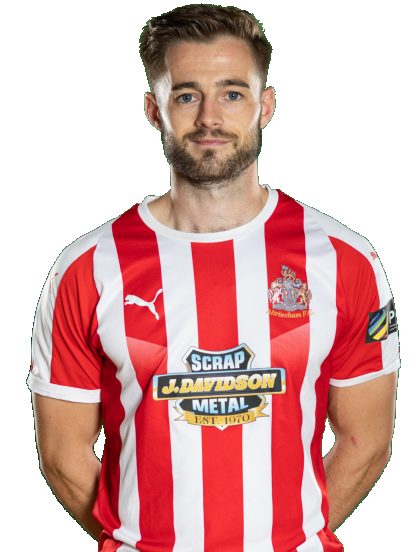 Attacking midfielder Josh followed Phil Parkinson to the club from Nantwich. He began the season by scoring four goals in the first six games and provided good competition for Jordan Hulme for the coveted position of top goal scorer.

Josh began his career in Nantwich’s youth team before playing for Winsford United and Witton Albion. He later had a spell with AFC Telford before returning to Witton. He then played for Salford City before joining Nantwich once again.