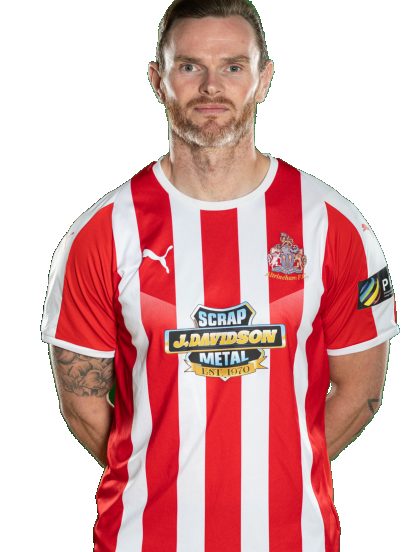 Ritchie Sutton joined Altrincham in the 2019/20 post season after leaving Morecambe in June 2020. He can operate as a centre-back or a full-back.

Ritchie began his career at Crewe Alexandra, and while he did not play for them, he did enjoy loan spells at fellow Non-League sides Leek Town and Stafford Rangers. He left Crewe in 2007 and signed with Northwich Victoria before stints at Halifax Town and Nantwich Town.

After a season with Port Vale, Sutton moved on to Mansfield Town and won the National League title with them in 2012/13, followed by their Player of the Season award in 2014/15.

Ritchie signed for Tranmere Rovers in May 2015, and was loaned out to Barrow in March 2016. He was part of the Tranmere squad that guided the club back to the the Football League in 2018. After a stint at Morecambe he finds himself a Robin, ready to contribute his wealth of experience and ability to our first season back on the National stage.