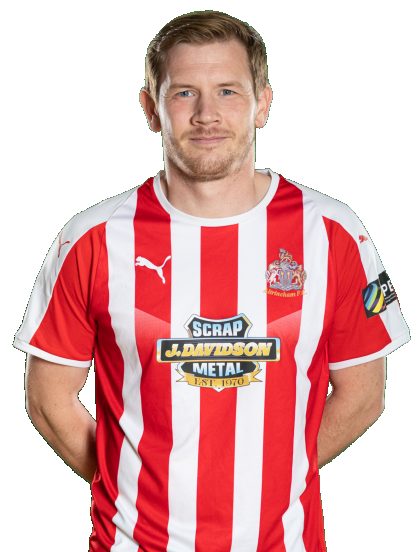 Shaun is the longest serving player on Alty’s books, having signed for the Robins on a one-month contract all the way back in September 2008! Despite a series of injuries, he has amassed well over 350 appearances playing mostly at right back, but also at left back and in midfield, Shaun has stuck with the club through four relegations and three promotions. At the age of 29, he has never made a senior competitive appearance for a club other than Altrincham.

Before joining Alty, Shaun was with Everton’s academy. His father Peter also played for Altrincham in the 1980s.