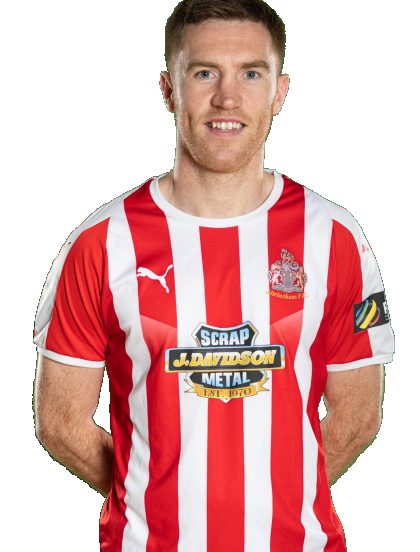 Tom is the only remaining Alty player to have been signed by Neil Young. A dependable centre-back, he initially struggled with a series of injuries, before returning for the end of season run-in, helping the Robins earn promotion.

Tom began his career with Tranmere Rovers before playing for Vauxhall Motors and AFC Fylde. At Fylde, he was named “Player of the Season” by his manager.